Главная | English | Outcomes of SPIEF: what facilities will be built in Crimea

Currently, Crimea occupied the 11th place according to the results of the National Rating of the condition of the investment climate in the subjects of the Russian Federation. In other words, the region rose by 32 positions from the 43rd to 11th place.

It’s notable that Crimea and Sevastopol didn’t even take part in the “competition” at the start of the rating.

“At the beginning of the rating, we didn’t even take into consideration Crimea and Sevastopol, as a change-over to the new legislation required certain time. But today I want to thank the leadership of the Republic of Crimea for amazing results and for the work, which was done on the creation of conditions for interaction with investors.

The new SPIEF set new goals for the region, which increases investment attractiveness under the inhospitable conditions of the sanction policy.

We will tell right now, the large-scale investment projects are planned to be implemented on the Southern Coast of Crimea — in Yalta, Partenit, Yevpatoriya, as well as in the Sakskiy and Chernomorskiy Districts”, — Chief Executive Officer of the Agency for Strategic Initiatives on Promotion of New Projects Svetlana Chupsheva noticed. 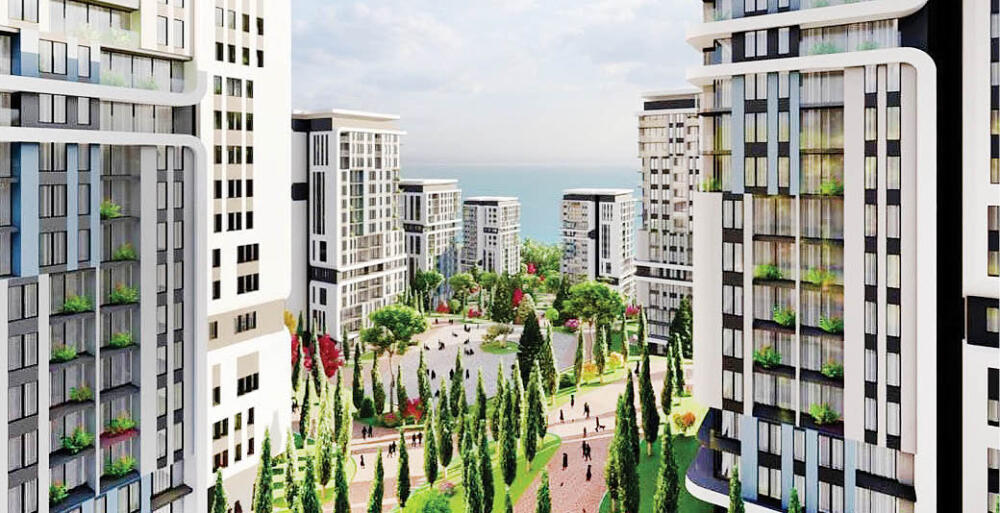 Investors plan to start constructing multi-apartment buildings in the resort settlement of Partenit, which is well-known by its co-location with Ayu-Dag Mountain. More than a dozen of 16 floor buildings valued at 5 billion of roubles will be built under the agreement, which was signed between the JSC Development Corporation of the Republic of Crimea and developing company PLC “Simstroyproject”. The housing stock will be built together with facilities of amenities and greening, as well as parking lots will be built too with a total area of 2,7 hectares. Playing and athletic grounds will be also constructed on house adjacent territories.

The last statistics shows that the housing supply level in Crimea is 40 % below the Russian average rate. Last year, just 190 square meters of new dwellings in multi-accommodation buildings were put into operation within the republic. With regard to these not so rapid paces, housing development is the priority today.

All into the park

Investors aspired to build a hotel and resort complex in the area of Yalta and the first theme amusement park in the Southern Coast of Crimea by analogy with Sochi Park and Disneyland.

“A land plot has been determined, preparation works are proceeding now. About 16 billion of roubles will be poured into the project and 1200 jobs will be created. The project will be implemented for the period from 3 to 5 years. Investors are system players, who are well-known at the all-Russian market”, — Head of Crimea Sergey Aksyonov clarified.

Commenting on new projects, in her turn, the Head of the City Administration of Yalta Yanina Pavlenko reported through her page in social networks that the issue of social welfare load will be further elaborated.

“World-class amusements, stores, cafe, restaurants and hotel complex covering 100 thousand square meters – all of it must emerge in Yalta in five years. The vacant lands over the microdistrict of Vasiliyevka are predetermined as a building area, which covers the square from 30 to 50 hectares”, — Pavlenko wrote on her page in Facebook.

According to her, the amusement facility will give an impetus to the development of Big Yalta in general and it will be able to attract no less than a million of tourists in a year. And more than 400 million of roubles in taxes will be received by the federal, republican and municipal budgets.

The precise parameters of “Yalta Park” will be defined on the results of development of technical and economic feasibility, conception and design and survey works.

Not less interesting regarding a tourist attraction for Crimea is a project of a mountain tourist cluster on the territory of the republic. Within the framework of the SPIEF, the agreement on intentions between the Council of Minsters of Crimea and non-commercial organization “Support Fund of Development of Physical Culture and Sport” was signed. Inside the boundaries of the implementation of the project, the construction of the first Russian aerial lift measuring 3,6 kilometers and establishment of a recreational zone and accommodation and resting tourist area.

“We support this project, the administration of Yalta will facilitate, we welcome the decision of the fund to invest into the facilities on the territory of the Republic of Crimea”, — Head of Crimea told in that regard.

On behalf of the President

An agreement on cooperation between the republic and Federal Medical-Biological Agency (FMBA – editorial note) also offers significant challenges in the development of health care service for the region.

We will resemble that the transfer of Yalta City Hospital under the management of the FMBA is one of positive examples of such cooperation.

“It allowed to improve the level of medical care service in the region and introduce new methods of diagnostics and treatment. I would like to commend the role of the FMBA in conducting of medical examination and vaccination of the population”, — Head of Crimea noticed.

He added that the republic together with the Federal Medical-Biological Agency would fulfill the President’s order on building of a new hospital in Yalta – it is one of the most modern hospitals in the Russian Federation. According to his information, the City Administration of Yalta has already allotted the land plot, a road map has been formed.

“Actually, we plan to create the whole medical city. There will be a full cycle: from rather great resuscitation, surgery block with all high-tech treatment methods to good full-fledged rehabilitation for kids and adults. There will be also a separate facility for the treatment infectious and non-contagious diseases, what is especially important under the conditions of pandemic”, — CEO of the FMBA Veronika Skvortsova told.

Another large multi-apartment complex is planned to be built on the western coast of Crimea in the resort town of Saki using significant investments to the amount of 4,9 billion of roubles. Currently, the work on approval documents is in progress.

“It’s a very large sum of investments for the town of Saki. The main fact that it will be an investor’s social welfare load, he will transfer 5 % of flats to the ownership of the municipality”, — Deputy Chairman of the Council of Ministers — Minister of Finance of the Republic of Crimea Irina Kiviko specified.

We will resemble that a duration of the construction operations are estimated at nine years. It’s planned that PLC “Specialized developer “Pribrezhnyi dom” will build more than 1,7 thousand of apartments in the residential complex. The built-up area is about 180 thousand square meters on several land plots.

An agreement on cooperation in the filed of investment projects implemented within the framework of the creation of the “Chernomosrkiy” recreational and tourist cluster was signed between the Ministry of Economic Development of the Republic of Crimea and PLC “Management company “Resort “Tarkhankut” at the SPIEF.

Villa communities Tarkhankut, Dzhangul, Atlesh and Karadzha, hotel and catering complex “Mayak”, housing and resort complex on Cape Atlesh, as well as entertaining and athletic park “Extreme Crimea” will be built within the tourist cluster “Chernomorskiy” in the village of Olenyovka on the West of Crimea. The project envisages an overall development of the settlement through building of a large housing and resort complex with a possibility of accommodating of different categories of guests on the territory with a developed infrastructure. It’s planned to create an available tourist environment for people with disabilities in implementing of the project.

The volume of investments on seven investment projects will amount to over 4,3 billion of roubles.

According to the Minister of Economic Development of Crimea Dmitriy Sheryako, the tourist cluster envisages the creation of 105 jobs. 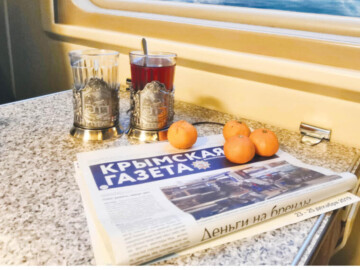 All roads lead to Crimea: trip to the beach becomes shorter and more comfortable 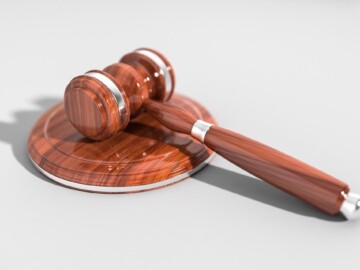 Crimea will appeal to the European courts for recognizing blockades initiated by Ukraine as genocide
Смотрите также
Columbus of the Taurian land: Pyotr Pallas in the history of Crimea
Forgotten masterpieces: architectural monuments from the Crimean outback
Crucial decisions were made here: history of the governor’s house in Simferopol