Главная | English | Columbus of the Taurian land: Pyotr Pallas in the history of Crimea 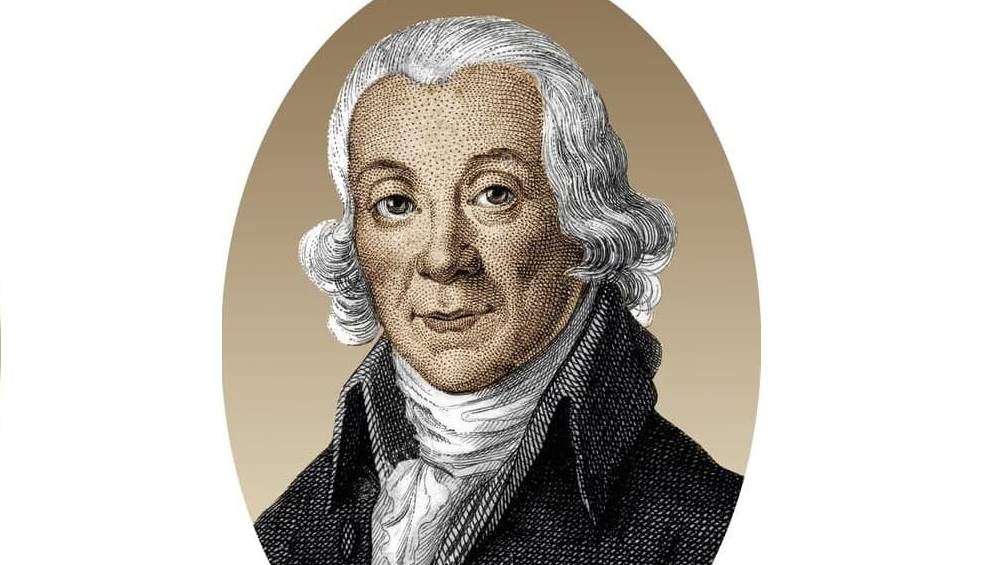 This character reflects the essence of the multi-faceted activity of Pyotr Pallas very precisely. Pallas was a scientist-encyclopedist and author of the first scientific description of the Crimean peninsula.

The 280th anniversary of the birth of Pallas became a remarkable date of the regional study of Crimea.

Background information of “The Crimean Newspaper”

Pyotr Simon Pallas (22 September 1741, Berlin – 8 September 1811, Berlin) is a German scientist-encyclopedist, natural philosopher and traveler on the Russian service (1767-1810). He became famous for scientific expeditions in Siberia and Southern Russia, made a vital contribution to the establishment and development of biology, geography, ethnography, geology and philology, as well as he was also one of the founders of biogeography and ecology.

“…He’s a natural German man with Prussian roots, <…> who devoted all his life to Russia… Pallas was characterized by <…> a greater range of his interests, scientific efforts, deep creativity in the area of searching of searching generalizations in observational sciences, <…> great operability and precise mastery of eternal elements of a scientific method…”, — Vladimir Vernadskiy told about him.

Pyotr Pallas set foot on the Crimean land in 1793 for the first time. This territory had been recently integrated into the Russian Empire and it was required to explore and develop that region. The scientists visited all districts of the peninsula, including hard-to-reach places, for two years.

As Pallas possessed fearlessness and excitement of a pathfinder, so he was the first one, who could release previously unknown facts and phenomena. For instance, he made a detailed description of a natural disaster, which was the Kuchuk-Koi landslide. A trace of this terrible disaster can still be seen in the area of the modern village of Parkovoye on the Southern shore and it can be called an original monument to the scientific activity of Pyotr Pallas.

The nature of the “marvelous land” captured the attention of Pallas so much that he decided to settle there and lived in Crimea without leaving for 15 years. Many corners of our land preserved wonderful monuments related to the activity of a great enthusiast of science.

“Shelter of a nature lover”

Primarily, the homestead of Pallas was located on the edge between rather young Simferopol and its medieval foregoer, which was Ak-Mechet. The wide house consisted of 20 chambers. It was built in the Russian provincial classicism style and it became an intellectual center of Crimea. However, the owner was fed up with fuss and decided to move from the city closer to nature to the shore of the Salgir, where he situated the “Karlinovka” homestead that was named after his spouse.

A spacious building with a beautiful tiled roof is fondly maintained on the territory of the current Botanical garden of Crimean Federal University. High-priority works had been carried out there recently what helped to prevent the destruction of one of the oldest buildings of the city. The homestead complex was placed under authority of the “Scythian Neapolis” museum-reserve and there is confidence that a full-fledged exhibition, which will restore former glory to the “shelter of the nature lover”, will be held here in future.

Living in Crimea, Pallas became dealing with the issues of beautification and reformation of the blessed land even more active. He established the country’s first college for educating specialists in winegrowing and winemaking in Sudak. That educational institution trained local specialists, who brought glory to the “sunny berry” of Eastern Crimea, during thirty years.

An image of a magnificent tree – platanus, which is a symbol of ancient wisemen is placed on the coat of arms of the village of Ternovka (Big Sevastopol). A giant platanus (its height is 50 meters!) beautifies a center of the settlement. According to the legend, this tree was planted by Pyotr Pallas in the center of his homestead, which was presented to him by Catherine the Great for his merits in exploring and developing of the noon region.

“Having unbent a tablet of centuries…”

This line from a little-known poem precisely defines a style of his scientific works. They are recited as full-fledged pulp lore novels – it’s a fascinating and easy for perception fiction. We can remember a respectful attitude of a poet and other great “discoverer of the Crimean land” Osip Mandelstam for the written works of Pallas: “When you read that naturalist, it has a perfect effect on a feeling condition, makes pleasant eyes and provides a soul with mineral quartz calmness”.

In total, Pallas wrote six books devoted to a geographic location of the region and environmental assets, antiquities, ethnography and economy.

Crimean lore works of Pallas became a pinnacle of his scientific work and this activity really discovered Taurida for scientists and foreign travelers.

The name of Pallas was immortalized in the names of nine beautiful plants that grow in the peninsula. Such most well-known plant proudly bearing the scientist’s name is Pallas Pine Tree, which is a huge and beautiful tree that rightfully became a symbol of Crimea long time ago. Pallas Pine Tree is an extremely easy to keep and vulnerable plant at the same time, which needs guarding and caring.