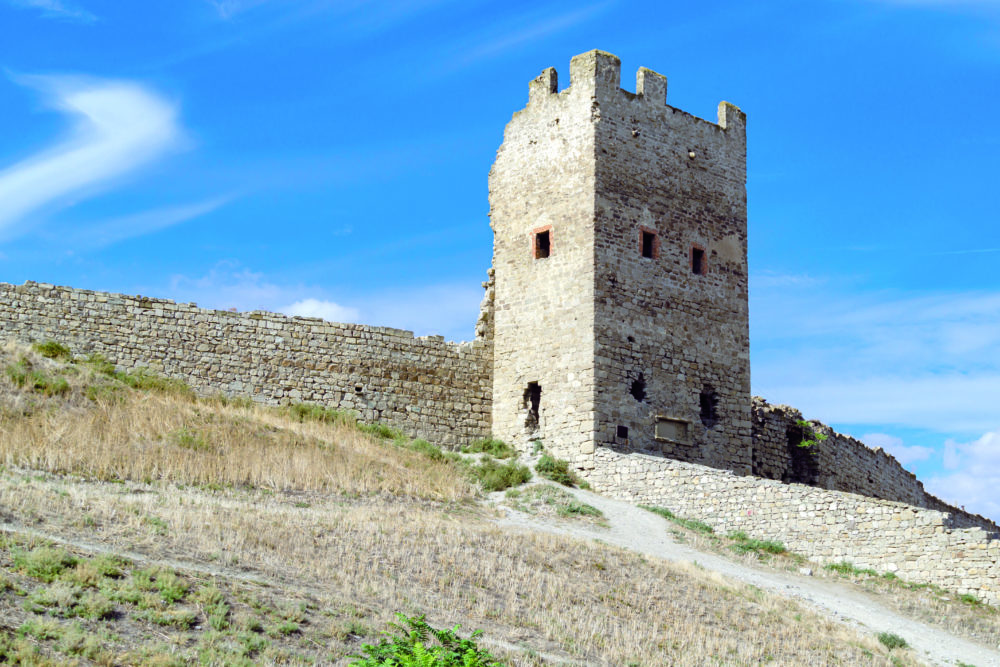 Feodosiya is one of the most ancient cities of Crimea. From the ancient Greek language it is translated as «Given by God». The Crimean Magazine has composed a selection of must-see tourist attractions in Feodosiya during the inter-season.

Visiting the Aivazovsky National Art Gallery is one of the best ways to get familiar with Feodosiya. This seacoast city keeps saving a lot of historical events and moments connected with a great Russian marine painter. The Gallery is established on the base of the outstanding painter’s house, which is quite near to the city embankment. The house of Ivan Aivazovsky possesses the largest artist’s collection of paintings — you will find about 416 drawing canvases. «Among the Waves» and «From Calm to Hurricane» are considered to be the most significant paintings. The cultural object requires serious building remodeling operations that will be started in the end of the year. Regardless of an upcoming facility reconstruction, the Aivazovsky’s house-museum will continue receiving guests and expositions will be held in free museum rooms.

On the way back from the Aivazovsky National Art Gallery, we advise you to visit the Literary-Memorial Museum of Grin. An excursion starts in a hall, styled on a map of seas and countries of writers’ novels. Entering the doorstep, a visitor seems to find himself on a fairytale ship’s deck. Here you can see a boat bilge and captain’s cabin. There you will find out a table Alexander Stepanovich worked at and librarian bookshelves, as well as a ship lamp and boat helm… That building is a place, where reality meets a Grin’s fantasy world. It’s amazing, as the house-museum was reconstructed and now it looks like a sea boat. By the way, a talented painter Savva Brodsky was an author and idea initiator of releasing internal interior design in a sea vessel format. Read the article «The Dream is looking for the path…» on the page 78 to know more about Alexander Grin’s life episodes.

The Surb-Sarkis Church is the oldest Armenian temple in Feodosiya. It’s located in the center of the city not far from the Art Gallery. There is cool and quiet in a XIVth — century small temple. The church excites tourists by its aura. Aivazovsky also left a trace there. Little Ivan was christened in the temple. Together with that, being a church parishioner a great seascape painter got married to his first wife Julia Graves. After a fire accident in 1888, the painter donated his money to a church restoration and painted it by himself. In 1900, Aivazovsky was seen to his final journey within temple’s walls. According to the will of Ivan Konstantinovich, the Surb-Sarkis Church and parishional school got essential funds. The painter was buried near the Armenian temple. A marble sepulcher-monument was built up by the second Aivazovsky’s wife Anna Nikitichna. In the Surb-Sarkis, church services are held once in a week on Sundays, though visitors are able to enter the medieval temple, pray and light a candle at any day.

To get unforgettable impressions and fix your vacations in the memory, we advise you to go on excursion to the Museum of Underwater Archeology, situated on the second floor of the cottage belonged to the tobacco tycoon Joseph Stamboli. Unique findings, lifted from the bottom of the Black Sea, the ancient and medieval world’s artifacts, as well as exhibits of the First World War and Second World War periods are presented in several chambers. Here you can look at U.S. fighter plane’s items discovered in the Black Sea during the Crimean Bridge’s building activities. The pursuit plane crashed in the Kerch Strait at the time of the Great Patriotic War. A Russian pilot Nickolai Krainiy navigated the battle plane. Accomplishing an intelligence mission, Krainiy’s aircraft was hit, but the pilot could successfully land his flying machine on water. Although his fighter plane went down to the sea’s bottom, Nickolai stayed up on top and swam a couple of hours in the cold water back to Soviet troops. The next day, the brave pilot was absolutely strong and started a new mission. This story is so an incredible episode, as the underwater findings displayed at the museum.

A surmullet is called a king fish in Feodosiya. In June, a gastronomic festival dedicated to this tiny fish is arranged in the city. Surmullet fishing operations are also begun in June. The fish’s length is about 25 centimeters (9,84 inches). Its peculiarity is barbels near the mouth. From the Italian language, a surmullet is translated as “big bearded”. The second fish’s name is Sultanka, cause only moslem lords could afford to possess a splendid moustache.

The surmullet fish is cooked in different ways. It can be grilled, braised and boiled. Anyway, fish courses can fit every taste. As a matter of fact, Sultanka was one of the most favorite and expensive treats of the ancient Romans. For example, a kilo of fish was equal to a kilo of silver.

Another trace left by medieval sailing merchants can be found not only in Sudak, but also in Feododsiya. This city can boast of having the second Genoese Fortress, though it is not well-preserved as the Sudak’s one. However, the Genoese Fortress is very large, so tourists will be able to know much of the Genoese people’s culture. The fortress is located on the seashore within the city’s line. That fortification was raised up in the XIV century. Its space is more than five kilometers. Defensive walls were two meters wide and eleven meters high to protect the rich city with a slave market within. Before visiting the Genoese Fortress, we advise you to put on comfortable shoes, because you will have to climb up the mound. Alongside with that, energy efforts you will spend deserve the amazing view of the sea and outskirts surround you. Entering the tourist object is free of charge.

Get Acquainted with Museum of sculptor Vera Mukhina

There is a unique house on Fed’ko Street. It may seem that a Soviet multistage building growing up from a pre-war residence. The first floor is occupied by the Museum of sculptor Vera Mukhina. The female sculptor is well-known by working on the monument Worker and Kolkhoz Woman situated in the park of the Exhibition of Achievements of National Economy (VDNH) and designing a final shape of a thick glass tumbler. The prominent Soviet painter and sculptor spent her child and teenage years in Feodosiya. Vera Ignatyevna lived twelve years in that house, which saved only a facade wall on the first floor. In the Soviet period, it was decided to destroy the house and build new multistory apartments, but citizens of Feodosiya insisted on keeping the cultural heritage undamaged. There are original and copy works of Vera Mukhina, as well as her students’ works presented at the museum.

The museum works daily, except Sunday and Monday. It opens at 10,00 am and closes at 5,00 pm. A full ticket costs 100 roubles. Beneficiaries will spend 50 roubles for the right to visit the tourist attraction.

Where to stay at Feodosiya?

Feodosiya is a small and cozy city. Almost all its sightseeing attractions are within a walking distance of the center. To enjoy a comfortable rest and get magnificent memories, we propose tourists to stay in the hotel “Lidiya” located right in the heart of Feodosiya in 400 meters from the sea. The hotel has all to meet tourists’ needs and wants. Here you will find the cafe and restaurant “Botanica”, sauna, indoor swimming pool and gym. All the rooms have air conditioners, telephones, TV sets and refrigerators. Tourists traveling by car can leave their vehicles in a parking zone. Furthermore, the hotel “Lidiya” provides its guests with an airport transfer service.

Journalists of the “Crimean Magazine” have researched reviews of Feodosiya’s citizens and guests published on the travel website “TripAdvisor” and made a list of cafes and restaurants to eat at between excursions.

Breakfast. Want some healthy food for breakfast? Go to the cafe “Botanica” situated in the center of Feodosiya. Cafe’s visitors recommend vegetarian, raw food and vegan courses and especially like hot chocolate drinks.

Dinner. Is it a dinner time? Then, you should visit the restaurant “Salute Cafe”. Guests of this catering place highly appreciated local pasta and okroshka, as well as commend restaurant’s polite personnel and clean space. The well-known delicacy Feodosiya-styled surmullet is served both for residents and guests.

Supper. Looking for a place to have supper? The restaurant “Kampari” is right what you need. As TripAdvisor’s users say, fish and seafood dishes are a restaurant’s strong side. If you decide to visit this cook-shop with kids, waiters will offer a child’s menu. Visiting “Kampari”, you can be sure a positive climate and attentive personnel will take care of your evening. There is a fish pool in the inner yard. 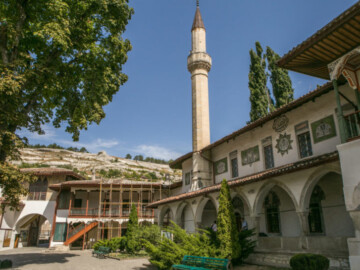 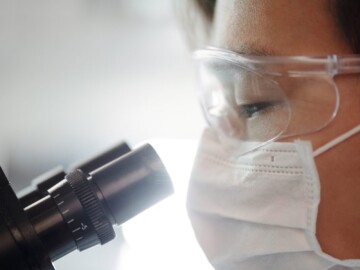 Crimean scientists have developed a new alternative anti-coronavirus vaccine
Смотрите также
Columbus of the Taurian land: Pyotr Pallas in the history of Crimea
Forgotten masterpieces: architectural monuments from the Crimean outback
Crucial decisions were made here: history of the governor’s house in Simferopol