First foreign consulate in Crimea will be established in Simferopol

The Head of the Republic of Crimea Sergey Aksyonov and the Ambassador Extraordinary and Plenipotentiary of the Republic of Nicaragua in the Russian Federation Alba Azucena Torres discussed perspectives of the mutual cooperation during a personal encounter at the Council of Ministers of the Republic of Crimea. Today, two actors of international relations plan to interact at the level of small and mid-sized business projects, cultural exchange and education field.

“We aim for the constructive cooperation. We have got a lot of projects connected with educational programs. Many students from the Republic of Nicaragua study at universities of Russia and Crimea. There are also unreleased episodes implying the exchange of trade missions. Though, we are really ready to offer a range of formats and business missions”, — Sergey Aksyonov noticed after greeting the ambassador.

In her turn, the Ambassador Extraordinary and Plenipotentiary of the Republic of Nicaragua in the Russian Federation Alba Azucena Torres reported about a strong willingness to work for reaching results for the benefit of two nations. 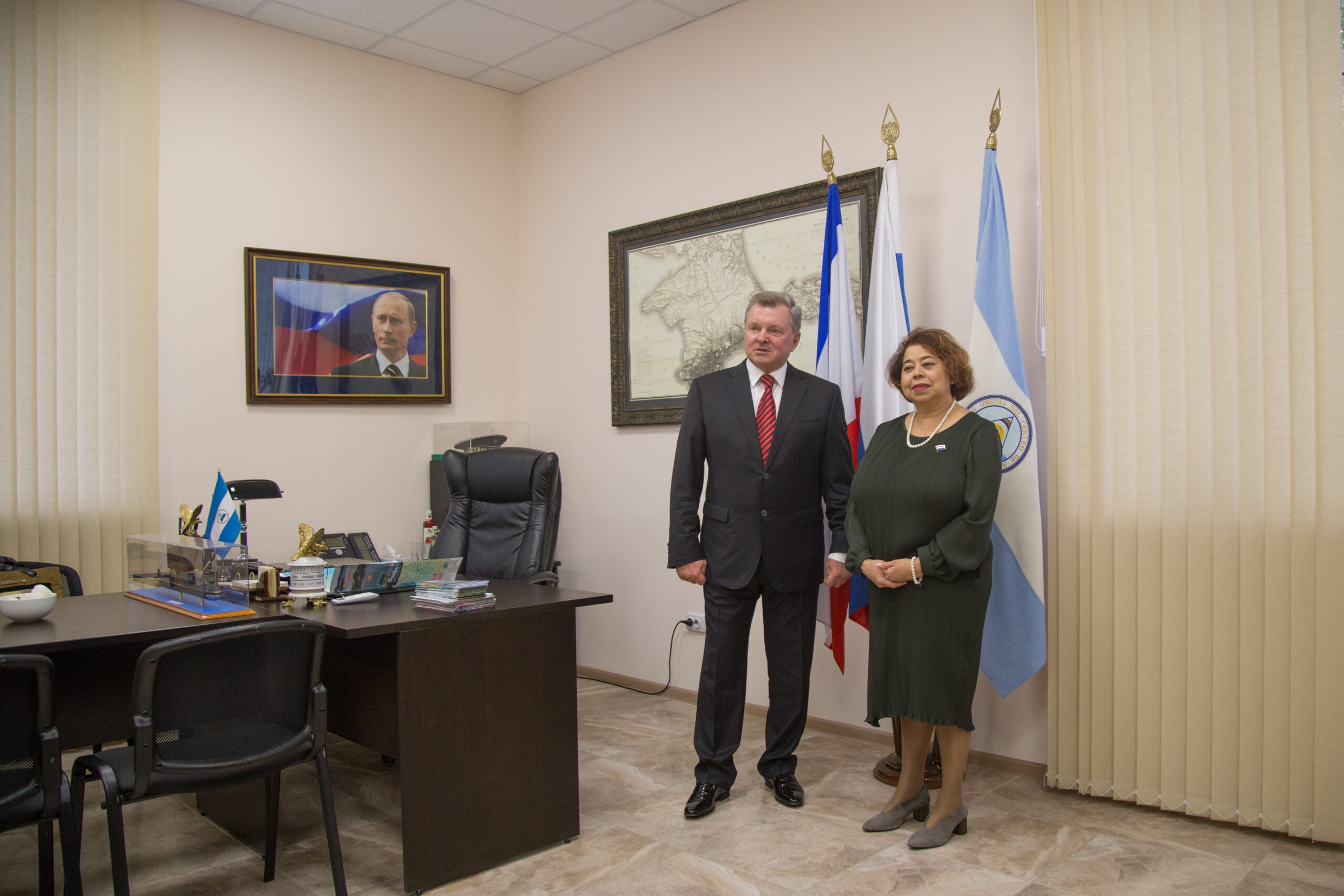 “Sergey Valeryevich, in Nicaragua we absolutely appreciate those initiatives related to our country that come from the authorities of the Republic of Crimea. If we translate Simferopol from the Greek language, then we will find out it sounds like “city of usefulness” or “city of public good”. These are the concepts the government of Nicaragua aspires to. In the other words, our country’s goal is to achieve positive successes and reach progress in our mutual collaboration in short terms”, — Nicaraguan ambassador stressed.

Following the results of the meeting, both sides exchanged souvenirs with each other. The former Russian Presidential Envoy in the Republic of Crimea and Hero of Russia Oleg Belaventsev received a patent from the hands of the consul of Nicaragua in Crimea.

“We want to thank the political leadership of the Republic of Nicaragua and especially commend personally Comandante Daniel Ortega, who supported the expression of the will of Crimean citizens in 2014. Moreover, Nicaragua subsequently held the consistent position in supporting of the Russian Federation at the international stage. Of course, establishing the first diplomatic mission in the Republic of Crimea is a landmark event towards the international recognition. I wish good luck to all of us on this right way”, — Oleg Belaventsev mentioned.