Today, 2157 responders of the disaster at the Chernobyl Nuclear Power Plant (ChNPP — editorial note) live in Crimea. Those people, who stood in the way of the great misfortune, deserve attention and need our help. On 26 April, they will gather near the memorial sign to meet live responders and remember fallen fellows.

The nuclear reactor of the ChNPP was exploded near the town of Pripyat in Ukraine. Two persons died at the time of the accident. People continue dying due to the radiation doses received to this day.

At that time, about 600 employees of the NPP and firefighters received high doses of radiation and 28 of them died during 1986. Radioactive pollution covered more than 200 thousand km2 of the territory of the USSR. The following day, more than 47 thousand of residents of Pripyat were evacuated and later all the population of the 30 kilometer zone around ChNPP. About 116 thousand of people were resettled. And thanks only to valor and self-sacrifice of the workers, volunteers, scientists, military personnel and law enforcement officers, who accomplished enormous and unprecedented in scale and complexity works in 1986, there was an opportunity to avoid a more terrible result. Notably, residents of all the republics of the USSR took part in the elimination of the consequences of the disaster at the Chernobyl NPP.

Indeed, the whole country suffered from the explosion — radioactive fallout even landed in the region of Leningrad, Mordovia and Chuvashia. Just after, the radioactive pollution was observed within Arctic regions of the USSR, Norway, Finland and Sweden. The huge territories became unsuitable for habitation. It concerns not only the area of the 30 kilometer exclusion zone, but also outside territories. As a result, large areas of the forests are contaminated in Bryansk region and even now it’s prohibited to use the local lumber and run forestry. Scientists have been solving one of the main tasks for many years — how to exploit those lands, as only our distant descendants will be able to come back there. More than 4000 years must pass to get the zone completely purged, for example, from Americium-241.

Heroes of those times

Firemen were the first ones, who stood on the path of fire. By the morning, 240 employees of the Kiev Regional Administration of Fire-Fighting Service had come to the zone of the accident. Moreover, military units, including army reservists urgently called up from whole country, were sent there to eliminate the consequences of the disaster. Among them were officers of police and other law enforcement agencies. Health care workers were also sent to the “zone” — personnel from pharmacists and nurses to obstetricians-gynecologists. People needed any help, but there were narrowly focused specialists in the field of irradiation at that time.

As it is known, responders worked in shifts within the dangerous zone: those people, who received the maximum allowable dose of radiation, they went away and other workers replaced them. In total, more than 600 thousand of people took part in the elimination of the accident at the ChNPP. According to the memoirs of the participants of those events, only young people without having problems with health were sent to the polluted territories right after the disaster happened. Others were turned down.

A resident of Crimea Valeriy Smirnov, who participated in the elimination of the accident at the ChNPP, remembers:

“All the district police departments recruited volunteers for sending them to Chernobyl to eliminate the accident. We didn’t understand at all what radiation was about and agreed to take part — adrenaline was super high and we really wanted to be in the middle of action. Yes, distribution lists were in priority (it was one of distinctive features of the Soviet Union) — every police department had to send a certain number of employees there. I was 22 years old and served as a driver in police, so I came in handy. We were put in to a bus — it doesn’t take much time to reach Chernobyl from Crimea. When we came to the point of destination, we had faced with the total chaos — we needed to carry out an evacuation of the population, transport people out of the zone, but they didn’t’ want to leave their things, houses, animals. Then we had to guard the zone from those people. The habitants tried to get inside to take their household stuff. But it would have polluted the clean territory — it meant we couldn’t allow them to do that. They were leaving those places and we stayed there and continued serving”

Nowadays, Valeriy is 56 and he doesn’t have his own children. He’s also got the “three-volume” patient card of district polyclinic in his memoirs.

Currently, radiation continues affecting the health of people, but not only the responders. As doctors note, there are no healthy individuals among the evacuated people and responders. Death and disability rates grow, in the first turn it caused by neoplasms.

They say the accident at the Chernobyl Nuclear Power Plant gave several lessons to all of us. The first lesson concerns the safe operation of nuclear facilities, including nuclear power plants, what was approved later by the accident at the Japanese Fukushima Daiichi Nuclear Power Plant. The second lesson is about influence of radioactivity on environment status and population living in the polluted territories. The third lesson, which can be called the moral lesson, became the most important one: the untimely presented information about the explosion cost lives of many people.

We will resemble, a nuclear power plant could have been built in Shchelkino. The relevant decision was taken by the Minister of Energy and Electrification of the USSR Pyotr Neporozhnyi in 1969. It was planned to build two energy units with shell-type reactors, which were fundamentally different from those ones that were placed in the ChNPP. The building process was started in 1981 and putting them into operation was scheduled in 1989. However, those years were the last years of existing of the USSR and there was lack of funding. Nevertheless, engineering constructions in the amount of 150 million of U.S. dollars were brought to the building ground in Shchelkino. Taking into account the experience of Chernobyl and changes made in standards of raising of alike facilities, the Crimean Nuclear Power Plant has never been built. 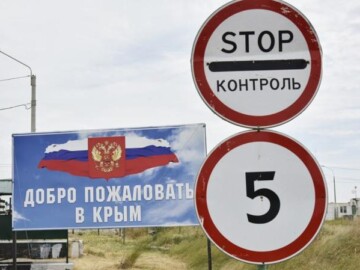 Ukrainian public figures will be criminally prosecuted for establishing food, energy and water blockades of Crimea 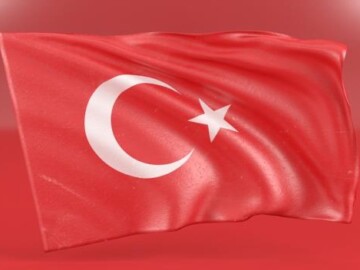 Political party of Turkey suddenly wanted to recognize Crimea as the part of the Russian Federation
Смотрите также
Columbus of the Taurian land: Pyotr Pallas in the history of Crimea
Forgotten masterpieces: architectural monuments from the Crimean outback
Crucial decisions were made here: history of the governor’s house in Simferopol