Russian scientists launched an appeal to the expert civil society of the countries of the world against the summit “International platform on de-occupation of Crimea (the Crimean platform)”, as “Crimean Information Agency” reports.

The statement says about the status of Crimea after the Referendum of 2014 and about the fact that the summit is aimed at the development of conflicts against Russia.

“That’s why the matter of integrity of the country can’t be a subject of a discussion of any level. The Russian status of Crimea is enshrined in the Constitution of the Russian Federation. The summit is aimed at the incitement of hostility against Russia, leads to the confrontation and conflict in the Black Sea and Sea of Azov region”, — stated in the appeal.

“In this regard, we call upon our foreign colleagues, appeal to everybody, who has the right and ability to affect making of important decisions in their countries and in the international organizations with a suggestion of the active contribution to the restoration of the constructive relations with Russia. We urge not to participate in the provocative political events, which make our world more fragile and unstable”, — they called upon in the statement.

The document was signed by the Chairman of the Russian All-People’s Union party Sergey Baburin, Director of the Center for the Study of the Middle East and Central Asia Semyon Bagdasarov, Institute of Europe RAS Alexei Gromyko, Director of the Problems issued by Globalization Institute Mikhail Delyagin, Director of the Institute of peace making initiatives and conflictology Denis Denisov, Political analyst, candidate of political sciences and professor Dmitriy Yevstafiev, Director of the Institute of the countries of CIS Konstantin Zatulin, President of the Academy for Geopolitical Problems Leonid Ivashov, Chairman of the Presidium of the Russian association for international cooperation Sergey Kalashnikov, Interim of a decane of the International Relations and Foreign Regional Studies Faculty of the RSUH Yevgeniy Kozhokin, Professor of the Department of Comparative Political Science of the MSIIR (U) of the MFA of Russia Andranik Migranyan, Chairman of the Presidium of the International Council for Russian Compatriots Hasan Mirzoyev, Head of the Expert Group under the Head of the Republic of Crimea Sergey Aksyonov, President of the Fund for historical perspective Natalia Narochnitskaya, Candidate of historical sciences Alexei Pushkov and First deputy of the Chairman of the Izbor Club Oleg Rozanov.

In 2014, the population of Crimea legitimately made its choice for the integration into Russia at the Referendum. 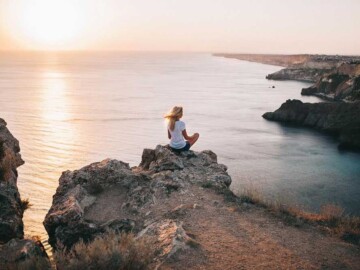 Robinsonade or seven beaches for insiders 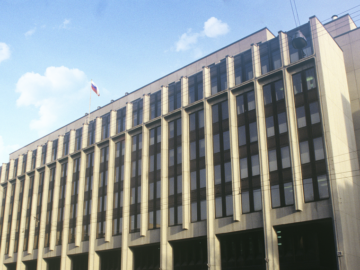 Gastronomical fantasies at the backdrop of the great Ukrainian depression: senator commented on Zelenskiy’s statement of Crimea
Смотрите также
Columbus of the Taurian land: Pyotr Pallas in the history of Crimea
Forgotten masterpieces: architectural monuments from the Crimean outback
Crucial decisions were made here: history of the governor’s house in Simferopol