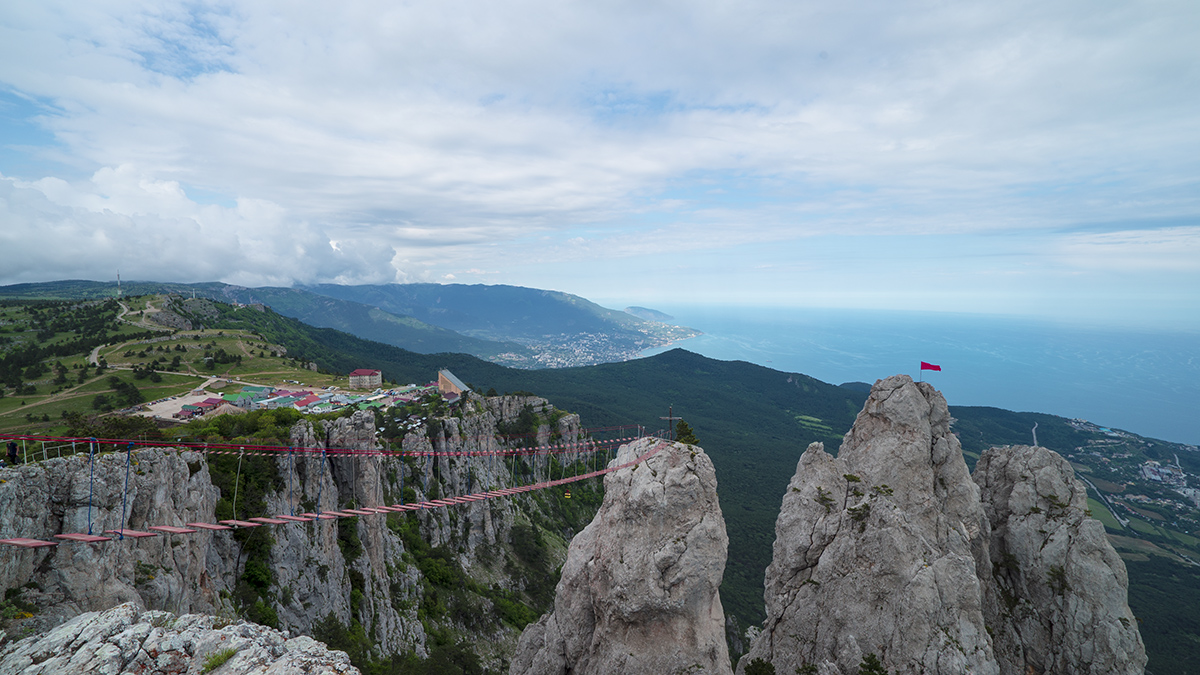 The head-spinning precipices of the main mountain range encroaching into the sea are the first thing that catches the eye of people when they come from Yalta towards Sevastopol. A powerful wall divides two worlds, which are mountains and seashore. What secrets and natural amenities does the solid rock hide?

“The Crimean Magazine” will help travelers to explore the region located between Yalta and Sevastopol for 48 hours of Saturday and Sunday.

Climb the mountain pass of Shaitan-Merdven

A natural hollow in the main mountain range bears an emphatic expression of “Devil stairs”. At the turn of the ages, people completed nature via developing a trail that was suitable for moving of a horseman within a deep rocky canyon. To help a horse or donkey save their energy on the ascent, sloping areas were alternated with short hairpin turns. The Z-shaped road construction looked like steps of a huge staircase from a distance.

The only road linking a foothill and shore line went there almost during two thousand years. Majestic ledges boggled the imagination of young Alexander Pushkin, who was traveling at these locations in 1820.

Earthquakes and landslides demolished the ancient arterial road and it turned into a tourist pathway with time. A high point offers a breathtaking view of the Southern Shore. After leaving a passing col, the trail slowly goes through the wood and goes down into the wide Baydarskaya Valley. A modern name of the location derives from a corrupted Crimean Tatar word combination of “bay dere”, what means “rich valley”.

The calm of the Baydarskaya Valley is protected by stone guardians – these are several limestone lumps, which are vertically dug into the ground. The wonderful monuments of the Bronze Age – they are real witnesses of the early history of mankind. Archeologists consider that menhirs are the “closest relatives” of Stonehenge that were put up by local tribes five thousand years ago. The menhirs had the most important worship value and reflected cosmogonical views of ancient people. The biggest menhir rises over 3 meters and weighs 6 tons. Looking at this upright stone, we could imagine how it was difficult to mill, transport and put such blocks on.

Visit an underground world of the Skelskaya Cave

A karst cavity received a name from the nearby village of Rodnikovskoye, whose historical name is Skelya, what is translated from Italian as “staircase”. The cave is equipped for attending: tracks are laid out, backlighting is arranged and it lights most eye-catching sculptures out from eternal darkness. The wonders of Skelskaya emerges to the sight of guests’ eyes – “Dolphin’s head”, “Knight of the Rueful Countenance”, “Spirit of a mountain”, “Petrified waterfall”… The dropstone “Phoenix” is considered to be the unique one: it’s not clear how the greatest sculptor nature could give a sense of levitation of a fabulous bird having created angled accretions — contrary to the laws of physics! – in the form of “feathers”.

Walk the path of Roman legionnaires

A section of an ancient road preserved not far from the Skelskaya Cave. Its configuration – shape, width of bed and wheel tracks – gives us the idea that the route we see is a true “via militaris” – or a military road built in the Ist century A.D. by soldiers of the Roman Empire, which had views on Taurida.

The road linked Roman fortresses, which were raised on the Southern coast of the peninsula. The pathway constructed by legionnaires two thousand years ago serves diligently to people even nowadays. The perfect preservation of an outstanding monument of the military engineering art, fragrance of juniper, beautiful view of Uzundzhi… Undoubtedly, ancient Romans were not only brave warriors, but also hopeless romantics!

Evaluate elegance of the Uzundzha Canyon

The road from the Skelskaya Cave towards the village of Kolkhoznoye (it’s a historical name of Uzundzha, translated as “long”) runs over the abyss. A river is guessed somewhere down, beautiful junipers climb on slopes… Numerous traces of undercuts of an intractable rock and powerful supporting wall inscribed into the precipice tell us what impressive efforts builders had to make to develop every meter.

Soon, the road will lead tourists to a wide valley that is built up with cottages. The second part of the canyon starts beyond the valley – it’s a real happy hunting ground for fans of foot extreme. Here you can make sure of veracity of the “constant dropping wears away a stone” idiom! The river sawed fanciful clefts through the very solid limestone and those clefts turn into multi-stage waterfalls during a season of rains.

The mountain with such a good name nestled near the shore of the sea keeping its ear open. A kitty is a mystical animal, which catches signals of the universe sensitively. Needless to say: abundance of mysterious antiquities on the mount provides strong evidence that: this isn’t a simple place, it’s a kind of a space one.

An observatory is located on the top. It was built more than 100 years ago. Telescopes installed here allowed to observe the planets of the Solar System. You can see “closest relatives” of dolmens down the hill – Taurian boxes. The age of these seem like primitive buildings isn’t less than 25 centuries and their true purpose isn’t determined.

The precipices that face the sea offer unexpected views. One of them shows scientific achievements of the period of developed socialism and the other one is dedicated to the explosive development of capitalism at the beginning of the XXth century and the third one shows Taurida of the times of ancient Greeks…

Get surprised to the taste of house owners from Simeiz

The look of Simeiz is created by villas built at the beginning of the XXth century. Despite the long-term desolation and unskilled renovation, many homesteads keep the former pageantry. The buildings emphasized the status of their owners – they were representatives of the middle class of the Russian Empire.

According to the purchase conditions, every owner pledged to build a house of the original architecture. It seems that developers were complying with the requirement with great pleasure taking the benefit of that Art Nouveau let the unlimited flight of fantasy. Mini-palaces look like an impersonation of the Grimms’ Fairy Tales or stories of “One Thousand and One Nights”.

Take a picture of characters from the novels of Chekhov

It may seem that geopolitical blizzards, which swept over the cottages of Simeiz, scattered the old life. However, our contemporaries, who are talented wood carvers, were able to breathe life into the once abandoned territory.

The art-object “The cherry orchard. Rebirth” presents a rich exhibition of the characters made of wood from the novels of Chekhov. Among them, you can find out the meditative lady with the dog, very unhappy Van’ka, loving the whole world Dushechka, malicious Unter Prishibeyev. Sculptors didn’t forget about other Russian classics of literature. The friends and like-minded fellows of Chekhov: Tolstoy, Gorkiy and Shalyapin are in the company of him.

Find out what Shtirlitz thought about

A small house hid itself in the unnoticeable village of Oliva – it’s a vacation house of the Soviet writer and public person Yulian Semyonov. He’s well-known to the older generation as an author of the novels, which were adapted into the famous “espionage” films like “Seventeen Moments of Spring” and “TASS is authorized to declare”.

“Villa Shtirlitz” that’s how Semyonov jokingly called the cottage became a specific shelter, where the writer could easily engage in his creative activity far from metropolitan fuss. Here, the original interior scene is fully preserved. The walls are hung with snapshots, posters and advertising bills, as well as the shelves are filled with souvenirs that reminded Semyonov of adventures and taken impressions. A large table with attributes of a soviet writer attracts attention within a cabinet — there is a typewriter, voice recorder and pocket color TV set – and shelves with books required for the working process.

Find out the sleeps Stalin saw

The palace in Koreiz isn’t large. It’s a squat building. At the same time, the palace is low-key luxurious. The statues of lions surrounding it vigilantly keep secrets of the most mysterious palace of Crimea.

At the beginning of the XXth century, Prince Felix Yusupov, who was a representative of one of the richest aristocratic dynasties of Russia, was the first landlord of the homestead. His son known in history as a murderer of Grigoriy Rasputin inherited the house.

When the Soviet power was established, the palace had become a vacation house for the first leaders of the almighty All-Russian Extraordinary Commission. In 1945, the leaders of the Soviet delegation, first persons of the USSR such as Joseph Stalin and Vyacheslav Molotov stayed there during the work of the conference of the heads of the countries of the Anti-Hitler Coalition. 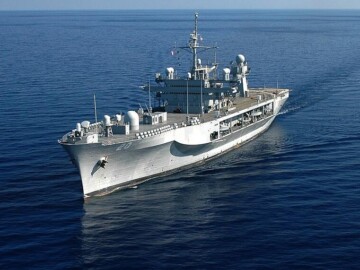 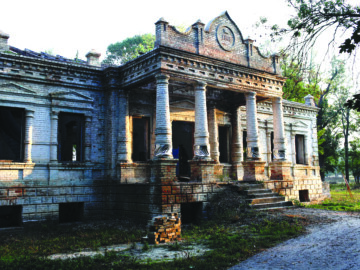