With the «motor» up the hill, with the racket on the court

Everyone knows the fact that Livadia was the tsarist summer residence. But how exactly were the monarchs resting here, what were they doing in this magnificent palace and outside it? Do you suppose that the only thing they did was a dignified promenade in the park and ceremonious dining at huge tables? Far from it – the tsars are also human, therefore nothing human is alien to them. And the Crimea indeed will inspire anyone for an active rest – even «Their Majesties the Emperor and Empress with their August Children».

COASTWISE ON THE “STANDARD”

To get to Livadia, the tsarist family traveled to Sevastopol by train and from there sailed to the Yalta port on the “Standart” yacht – it was specially driven from the Baltic Sea to the Black one. In this regard the “Standard” sailed to Sevastopol from 1909 to 1914. After delivering Nicholas II with his family from Sevastopol to Yalta, the yacht was anchored at the Yalta mole before the emperor’s departure for St. Petersburg and then it returned to Kronstadt.

For long yacht tours on the “Standard” Nicholas II usually went along the Baltic, but in the Crimea the tsarist family also went for sailing sometimes. Thus, in 1912 the newspapers reported: “Their Majesties the Emperor and Empress Alexandra Feodorovna with the August Children and the Grand Duke of Hesse with the family were pleased to have a two-day voyage along the southern coast of the Crimea, to Feodosia and back, aboard the Imperial yacht “Standard”, and on 12th May they got back to Livadia”.

The yacht “Standart” was one of the most beautiful ships for its time, so that its sailing in the Black Sea was a spectacular show.

“Wherever the “Standard” moored – in the Baltics or at Crimean rocks – it was a piece of marine elegance. The three slender lacquered masts and two white chimneys towered above the deck. The white canvas tents were stretched above the polished decks, giving shade from the sun to wicker tables and chairs. The upper deck under itself placed the living rooms, parlors and saloons cased with mahogany, with parquet floor, crystal chandeliers, candelabras and velvet curtains. The premises meant for the tsarist family were draped with chintz. In addition to the ship’s church and spacious cabins for the imperial cortege, the yacht had facilities for officers, mechanics, engine operators, deck crew, barkeepers, lackeys, maids and a whole platoon of the Naval Guards sailors. Furthermore, there was enough space on the lower decks to accommodate the brass band and balalaika players”, – the American writer Robert Massa described the Imperial yacht “Standard” in the book “Nikolai and Alexandra”. 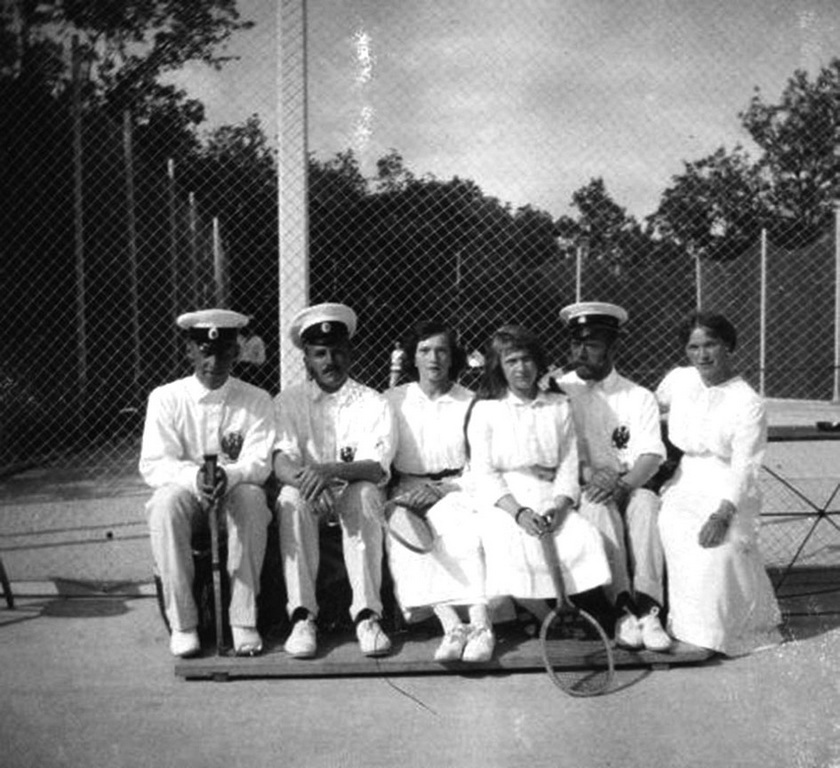 THE BEST GARAGE IN EUROPE

In 1902 the Minister of the Imperial Court, Graf Fredericks applied with request to Nikolai II, who was resting in Livadia. Graf interceded for the cavalry guards’ officer, who brought a car to Yalta, and the police forbade using it – the tourists did not like the noise and smoke made by the car. The emperor, who did not have affection for motor transport, withheld the minister: “As long as I live in Livadia, the cars should not appear in the Crimea”. However, shortly Nicholas II radically switched sides – he himself became a keen car enthusiast.

Car garage and fuel storage were built in Oreanda before the arrival of the tsarist family to Crimea in 1909. But their location was bad and in 1911 another garage for 25 cars appeared in Livadia. It was created, just like the garage in Oreanda, by specific architect engineer Guschin. Nicholas II was extremely pleased with the garage and he personally thanked Guschin and presented him a gold cigarette case decorated with diamonds, saying: “Everyone tells me a word that my garage in Livadia is the best one in Europe. It’s flattering to hear and pleasing to realize. Thank you for the work held recently in my possessions!”

“Nicholas II traveled by car not only across the Crimea (to his possessions Massandra and Ai-Danil, to relatives in Dyulber, Harax, Ai-Todor, Chair, Kichkine, in Alupka to the Vorontsov, in Koreiz and Kokkoz to the Yusupovs, in Gurzuf to the Gubonins, to Georgievsky and Kosmo-Damianovsky monasteries), but also beyond its borders. Thus, in April 1914 the emperor went from Livadia to Askaniya-Nova and back. “Early morning I went with a motor through Simferopol and Perekop to Askaniya-Nova, where I arrived at 4 o’clock in the afternoon. … I made 587 miles in two days, almost the same as from Petersburg to Moscow”, – described this journey Nikolay II.

An integral element of the imperial family resting in Livadia was of course sea bathing. Nicholas II himself was constantly swimming in the sea. Especially for him a shore bathing-place was created, a changing tent was pitched, a rope mate was rolled out from the tent to the sea, so that the pebbles would not sting the legs; the rope was stretching to the sea, holding which it was possible to stand on the feet during heavy waves. Alexandra Fedorovna, on the contrary, did not bathe in the Black Sea – the Empress with her younger daughters took sea-water baths in the pool in front of the house. In Livadia the tsar’s daughters used their bathing-place left since the time of Empress Maria Alexandrovna. The canvas screens were built on from all sides to the wooden bridges stretching to the sea. The staircase with wide wooden steps descended into the fenced ropes-covered space. Sailor Dereven’ko looked after the bathing girls.

However, the bathing-places were used by the tsarist family only in bad weather; unless it stormed they bathed in the open sea. Both Nicholas II and his daughters could swim well; moreover the emperor bathed until late autumn, when the sea water temperature became quite low. 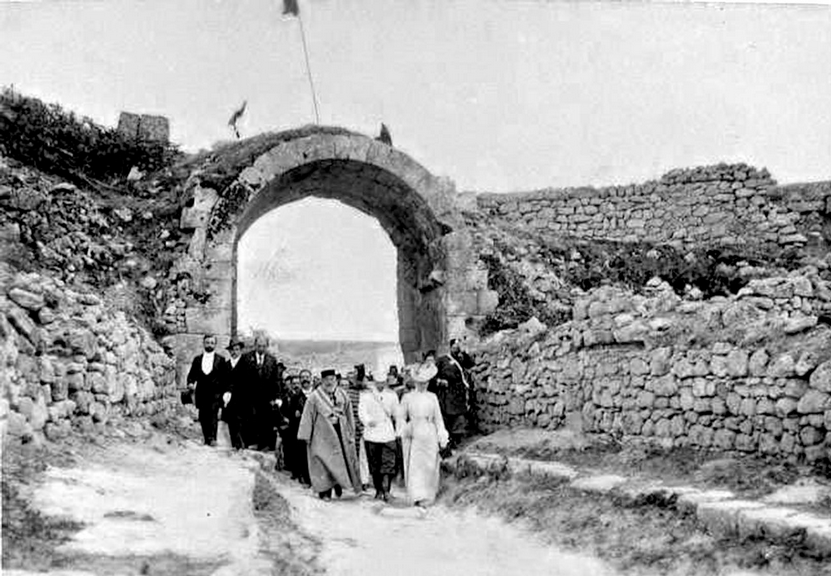 Tennis came to Russia in the 1860-70s. Nicholas II was fascinated by tennis in the homeland of this sport, in England, in the mid-1890s. And for the first time he walked onto the court in the Ilyinskoe village near Moscow. “After tea I went to play with others in lawn-tennis, for the first time”, – the emperor wrote in his diary on June 2nd, 1896. After that, Nicholas II kept hold of the racket for two weeks – and since then tennis had become his favorite entertainment.

Tennis courts were available in all summer residences of the tsarist family, including Livadia. The courts were sand-covered, surrounded by a high net, the benches were close, where the players and spectators often took photos. A Tea house was built near the tennis courts: after the game, everyone went there to drink tea.

For the first time Nicholas II walked onto the tennis court in Livadia in the summer of 1909 and since then being here he played tennis every day. As remembered by Anna Vurybova, the maid of honor of the empress – the emperor “took the game very seriously, excluding any talks… he played excellently and could not stand losing”.

Sports uniform of Nicholas II for the tennis games comprised of white trousers and shirt, the chest pocket was embroidered with the imperial two-headed eagle. Tennis partners of Nicholas II were the officers of security forces or officers of the Imperial yacht “Standart”. At times the company for him was made up of the imperial family members – young grand dukes. The daughters of the emperor also played tennis.

In 1913 the tsarist family was living in Livadia for unusually long time. Tennis was played before the frosts. “During the day we played tennis, our hands were freezing”, – wrote Nicholas II in his diary. During one of the games the emperor was seriously injured. “During the game, the ball hit me in the right calf so hard that I began to limp. In the evening I was put a bandage on. For a couple of days I was forced to stay in bed, and then I walked resting on a stick”, – the emperor writes. 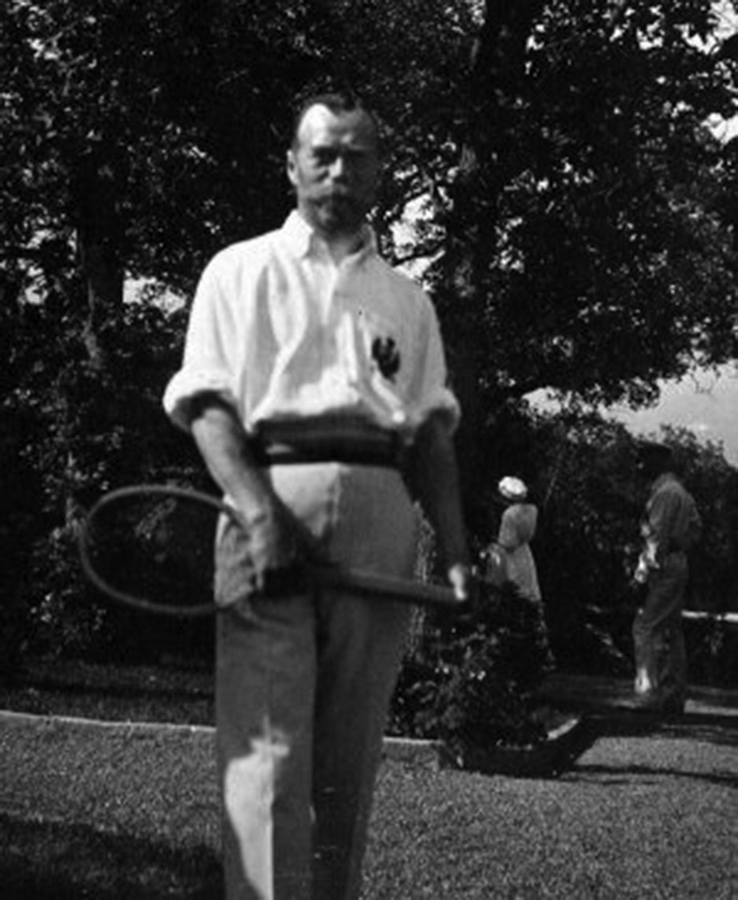 A GLIMPSE OF ARCHEOLOGY

Nicholas II, who loved the movement and any activity connected with physical exertion, was also happy to participate in archaeological excavations in the Crimea. To be honest, he himself could not really find anything. “They discover interesting things when I’m not there”, – he wrote to his mother, referring to his sister Xenia and her husband – Grand Duke Alexander Mikhailovich, on the territory of their possessions Ai-Todor the remains of the ancient Roman fortress Kharaks were located. But archeology was not just an entertainment for the tsar – he supported and personally coordinated all initiatives aimed at exploring the past of the Crimea and preserving its historical and cultural monuments, which had quite large allocated funds as per that time. For example, he personally coordinated the work of the “By Imperial consolidation the scientific and artistic commission for projects planning for the restoration of the former Khan’s palace in Bakhchisarai”. 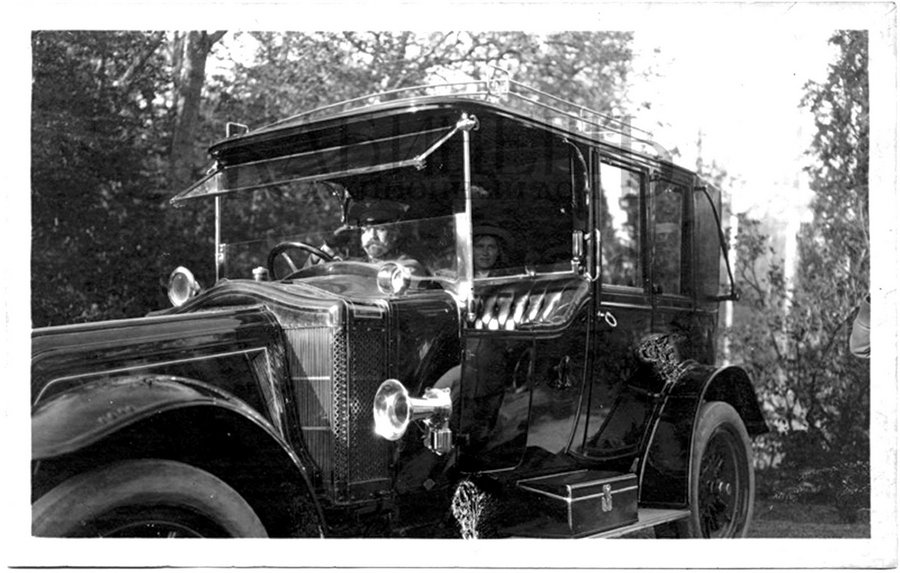 The childhood of Nicholas II passed in Livadia. Perhaps that’s why he himself and the entire imperial family adored the Southern coast of the Crimea so reverently and tenderly and strove for it so much. The daily routine of the tsarist family in Livadia was ordinary. Nicholas II described it as follows: “We usually spend the day in the following way: we get up at 8 1/2, we drink coffee on the balcony and from 9 1/2 to 11 1/2 we have a walk, I usually bathe at this time when the water is not very cold; Alix draws and I read until one o’clock. We have lunch listening to music. Around 3 we go for a long walk and we return home at 6 or 6 1/2 at the earliest. I work till 8 o’clock. At this time Alix bathes the children, feeds them and puts them to bed. After lunch the bezique (a kind of card game – A.Z.) flourishes, at 11 1/2 we part and go to bed at 12”.

All these simple concerns and joys – so worldly, so non-tsarists – summed up into the real human happiness. As one of the tsar’s daughters wrote in her diary: “The Crimea offered a life, and St. Petersburg – a service”.

Nicholas II confessed that he wouldn’t like to leave Livadia. Half in earnest, half in jest he even let it slip, that he often thought of moving the capital to Livadia. However, he immediately added: “Of course, this is impossible. And besides, if it was the capital, I would probably stop loving this place. Mere dreams …”

After abdication, Nicholas II asked the Provisional Government to give him the opportunity to settle with his family in Livadia and live here as a private citizen. Kerensky turned this request down.