Главная | English | The catcher in the lie 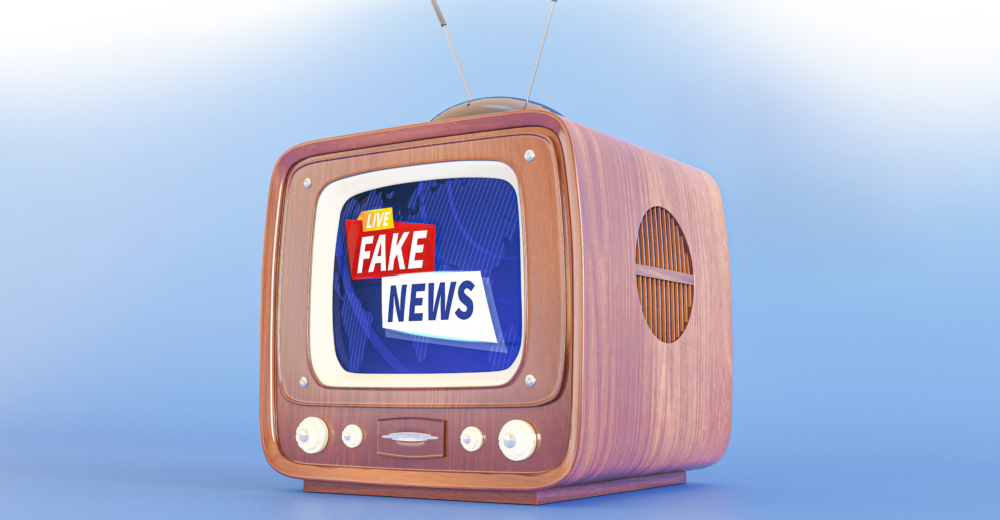 Do you remember such a child’s game “True or False”? Sometimes, it may seem that certain international personalities or even some organizations entered their second childhood and take part in this game with great pleasure involving the whole world. It’s especially noticeable when the case is about Crimea. The say some obvious nonsense and hold their breath: will people believe in it or not? It doesn’t matter if another lie lost in vain. These individuals are ready to create fakes until they will be completely out of ideas. After all, they are paid for that job, and as it is known a financial support stimulates an imagination and “can-do” spirit very well. Crimeans can be amused or outraged by such news. Anyway, this information mostly amuses people: it’s rather difficult not to laugh at the situation when adult ladies and gentlemen talk nonsense with calm faces. What is this nonsense exactly about? Let’s see together what it is all about.

“Crimea is totally provided with water, but this water is not used effectively”

It is always interesting to listen to people, who argue about modern problems of the peninsula with confidence, but who visited Crimea at least seven years ago. Talking about Ukraine, almost one in two inhabitants of that country is such an expert. Of course, these fringe specialists can’t help but comment on the problem of freshwater shortages, which became especially acute for Crimea last year. The organizers of the water blockade of the peninsula don’t feel guilty about it — allegedly, they left enough water supplies for drinking and household needs to the peninsula. These activists don’t take manufacturing industry and agricultural sector into account — it is supposed that “occupied” Crimea will survive without them.

We will not consider the ethical aspect of the issue, after all, this problem had already been voiced at the highest level, including within the UN, all legal and moral assessments had been given. There is another funnier fact: Ukrainian politicians blamed Russia for the situation when habitants of Crimea have lack of water because of the significant losses within the water supply systems! Apparently, they think that from year to year Kiev invested huge financial resources into the development of the infrastructure of Crimea, replaced old corroded pipes, laid out water conduits diligently during the last over twenty years when the peninsula was under the rule of independent Ukraine, and then Russia came there and drilled holes in the water pipes to spite the neighboring country. It’s impossible to give another explanation to this wonderful with respect to the degree of absurdity statement. In fact, the local water supply networks became unfit for use because of Ukraine’s lack of attention to Crimea, thus today Russia has to spend billions of roubles on upgrading of the infrastructure of the peninsula.

Employees of the British BBC couldn’t resist the temptation and decided to publish hoax news about the peninsula. May be its employees are provided with additional bonus wages for the creation of such texts? However, these guys committed a great blooper.

Indeed, giving birth abroad practices are very popular in the world — this means that an infant born in another country is automatically granted a local citizenship. When the case is about some female celebrity arriving in Miami to give birth to her child, then nobody has any questions about it — all people do know perfectly well why she acts like that. The only thing is that Krasnodar and Crimea are two regions of the same country! A resident of Crimea is able to get to a maternity clinic of Moscow or Vladivostok, but her baby will have a residence registration of Crimea, the same one, which his/her parents possess. Talking about a citizenship — it will be the Russian one, which all residents of the peninsula have. And exactly the Crimean registration becomes a sticking point in obtaining of European visas — fortunately, the West hasn’t decided yet to discriminate against people on places of their birth. As you know citizens of Russia possess quite different cities in the information field “place of birth” of their passports — it can vary from Odessa and Kiev to Baku and Tashkent, the Soviet Union united a lot of modern independent states. Generally, we can say that the employees of the BBC didn’t pass the “exam”. We don’t believe in their fake news!

What about fakes created by the UN? Our collection wouldn’t be full if we didn’t mention that hoax news. We told many times: it’s very difficult to keep an eye on observance of human rights within the peninsula if you have never visited Crimea. However, employees of the United Nations can do that somehow and from year to year they produce reports, which are based on some mythological “trustworthy” interviews.

Being a media outlet, “The Crimean Magazine” tells with all responsibility: we don’t face with any interference. This is quite obvious, as this interference doesn’t exist at all. The Crimean media sources work in a normal operation mode. Furthermore, there are also all possible opportunities for developing of media outlets of different nationalities within the peninsula, including measures of the state aid. For instance, Crimea can boast of having the Crimean-Tatar “Millet” TV channel, newspaper and magazine issued in the Ukrainian language, as well as different national communities have got their own printed media. It is another matter that in the age of blogging and social networks any person, who is able to transform a couple of words into a sentence, can call himself/herself a journalist. However, it doesn’t mean that he/she becomes a journalist and in contrast to official media sources, those bloggers are not responsible for their actions before their readers and viewers, thus they broadcast fakes, blow scandals wide open, call for violence and want to catch a hype wave. We should and even must struggle against such fringe journalists.

Anyway, it would be much better if the UN starts thinking even once in seven years about the fact why the West discriminates Crimean journalists and interferences in their professional activity, including the cases when Crimean delegates are prohibited to visit the countries of Europe or deprived of the right to speak at the international platforms. But, it seems to us that we will never see reports describing such problems.

“Russia infringes the interests of the Crimean ethnic groups”

The leader of the sadly remembered organization, which is reasonably prohibited in Russia and whose name is even unworthy to be mentioned here, Refat Chubarov distinguished himself again. At the 20th session of the UN Permanent Forum on Indigenous Issues, the Ukrainian delegation started moaning about violation of the rights of Crimean Tatars, who are supposed to be fiercely chased by Russia all their way right to the steppes of Kherson. Ostensibly, they say that the identity of the people is destroyed and their rights are violated… It seems to us that very soon Chubarov will tell that Crimean Tatars are pursued by the Russian government when they just go out of stores after buying foodstuffs.

We can’t ignore the fact that Crimean Tatars live in better conditions within Russian Crimea, than they did when the peninsula was under the rule of Ukraine. There are also several dissent organizations, which were sponsored by the West in exchange for fuelling of the masses of people and creating of negative tendencies. Ukraine, which lost control over Crimea forever, gives its eye teeth to throw “Muscovites” out of the peninsula. In 2014, Ukraine shouted “Take all your things and get out to Russia”, calling on all Crimeans, who disagreed with its opinion, to leave their homeland. As for Russia, our country doesn’t want to expel anybody from Crimea — of course, the exception can be made for such “buddies” like Chubarov, who should be given the stanky boot and who must be kicked out of the Isthmus of Perekop and even farther. Such provocateurs will not set foot in the peaceful land of Crimea. 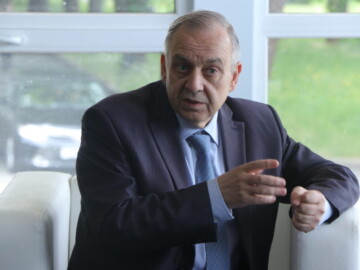 Georgiy Muradov: “We are being surrounded by the belt of the countries with non-traditional civilizational orientation”

Top little known resort pearls of Crimea
Смотрите также
Columbus of the Taurian land: Pyotr Pallas in the history of Crimea
Forgotten masterpieces: architectural monuments from the Crimean outback
Crucial decisions were made here: history of the governor’s house in Simferopol