Главная | English | New hovercraft will guard the borders of Crimea 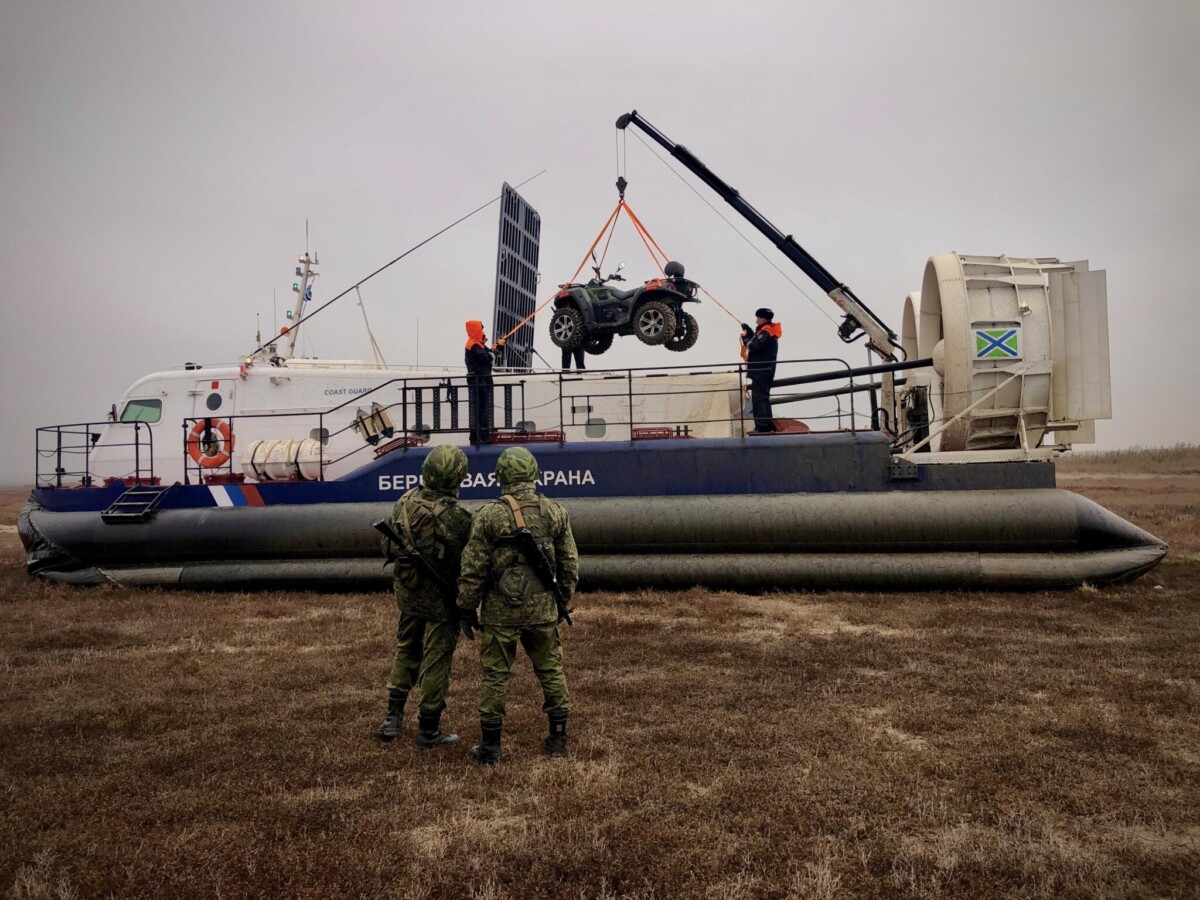 The Administration of the Border Service of the Federal Security Service for the Republic of Crimea and city of Sevastopol got a new coast guard air-cushion vehicle (ACV — editorial note) of the project A25PS for protecting of the state border and ensuring of the national security of the Russian Federation in the North of the Crimean peninsula.

The amphibious type motor boat, constructed on the order of the Border Service of the FSS of Russia, will complete tasks in the Sivash, Karkinitskiy and Perekopskiy gulfs.

The use of such type of hovercrafts is driven by the successful implementation of tasks the border authorities face with under the existing peculiarities of the maritime section in the North of Crimea. The distinctive feature of this ACV is the capability to move freely over land, shallow water, wetlands, reed thickets and frozen ponds.

The coast guard hovercraft is capable to achieve a speed of 50 knots and transport 12 soldiers with weapons and two all-terrain vehicles (ATV).

Major tasks on the use of the coast-guard patrol ACV of the project A25PS in the North of Crimea are: supervision of the compliance of the regulations of the border control laws, pursuing of small-size high-speed targets, accomplishment of search and rescue operations and delivery of military servicemen and cargo to the difficult-to-reach sections of the terrain.

The hovercraft possesses the antibullet armor protection and 12,7 mm heavy machine gun, which can be used in the case of emerging security threats or impingement of the territorial integrity of the Russian Federation in the entrusted area of responsibility.

Zelenskiy declared his flat at the reduced value