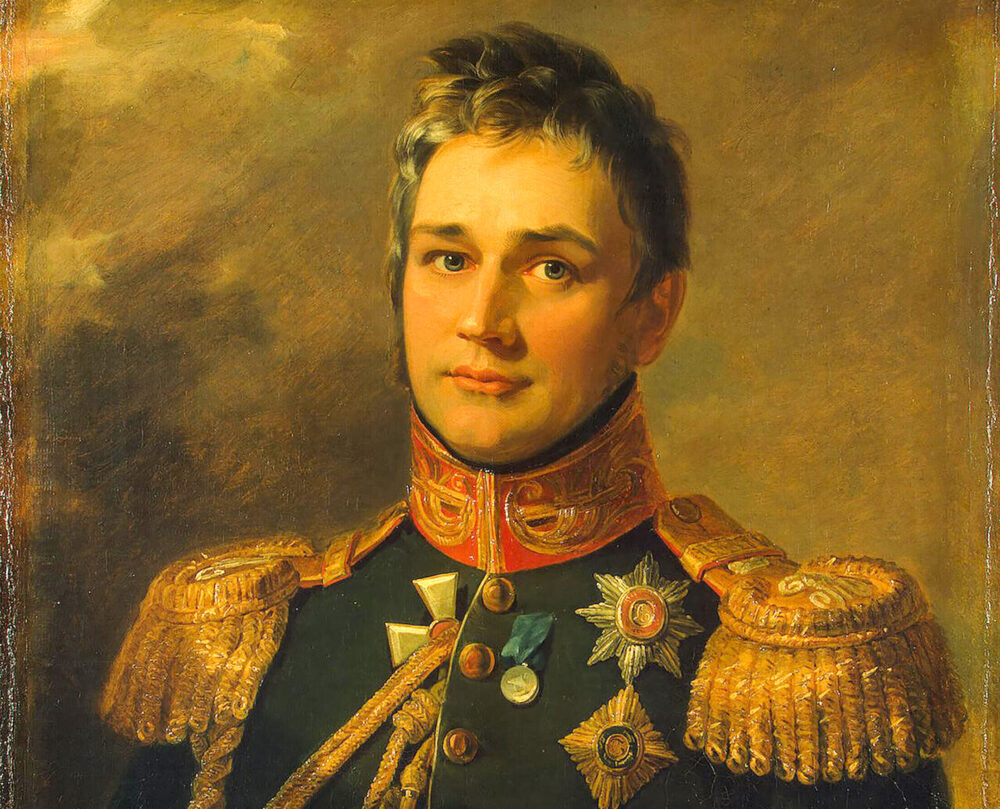 Mikhail Vorontsov holds a special place in the history of the Russian State. He spent 18 years of his life taking part in military campaigns and battles, as well as sovereignly ruled huge but problem territories such as Novorossiya and Caucasus more than the quarter of a century.

Mikhail Semyonovich Vorontsov (1782-1856). He was one of the high-ranking officials of the Russian Empire and landlord possessing the extreme wealth, who was granted the full confidence by the Russian emperor. The count Vorontsov was a true reformer and creator, whose activity’s benefits we exploit to this day.

In the family of Vorontsov, a covenant was passed from father to son: “People endowed with power and wealth must live in the way in order that other citizens would forgive them for that power and wealth”. Mikhail Vorontsov strictly followed this rule.

1. Englishman in appearance, Russian in spirit

Mikhail spent his childhood and youth in England, where his father led the Russian diplomatic mission. Semyon Romanovich provided his children Mikhail and Yekaterina with an excellent education. Besides of loving the Russian history and literature, which shaped Mikhail’s worldview, he also absorbed the best achievements of the West European culture.

2. Live to serve the Motherland

When Mikhail turned 18, his father sent him back to Russia. The son of the Russian ambassador arrived in Saint Petersburg with a single suitcase and strong intention to devote himself to army service. Young Vorontsov had a right to get a high-up position on short notice, but he mightily surprised the public when he asked to provide him with an opportunity to start his military service from the lowest ranks. He was awarded a poruchik rank (lieutenant rank now — editorial note) and received an order to join the Preobrazhensky Parade Regiment. Very soon, Mikhail got bored with a metropolitan life and he enrolled as a volunteer in the active Russian army to the Caucasus to risk his life under bullets of local highlanders.

3. Servant of tsar, father of soldiers

Since that time, the Russian count was facing with the drudgery of soldiering during the next 20 years — in the Caucasus and Europe… A grenadier division entrusted to Mikhail took the most powerful brunt of the enemy in the Battle of Borodino. The grenadiers sustained heavy casualties (about 300 of soldiers remained in the ranks by the end of the battle) but they held out until the last. Afterwards, when somebody uttered the phrase that the Vorontsov’s division “disappeared from the field”, Mikhail Semyonovich sadly corrected that person: “It disappeared not from the field, but disappeared in the field…”

During the counterattack the division commander was wounded in the hip and sent into the rear. When he knew that work crews began evacuating values from his house in Moscow, he ordered to unload all dray carts and put wounded soldiers on them. He established a hospital at his own estate in the Vladimir Governorate, where 50 army officers and about 300 lower ranks were treated.

4. Paid for the luxury life of his subordinates

Paris was taken by the Russian troops in 1814. It is clear the Russian army allowed itself to chill out. Mikhail Vorontsov headed the Russian occupation corps in France for three years, closing his eyes to small sprees of his subordinates. Before the withdrawal of the army, he gathered the information about debts of his soldiers and officers to the local residents and… paid all the amount — a million and a half of franks — out of his own pocket.

5. Made plans for peaceful life in Crimea

Russia was entering a peaceful life stripe and Mikhail Vorontsov became thinking about his place in new realities more frequently. He got married in 1819. The countess Yelizaveta Branitskaya was his fiancee. “The wife is beautiful and it’s good she is rich”, — Aleksey Yermolov, who was a comrade-in-arms of Vorontsov, noticed with a soldier’s frankness. The Russian count determined warm climes as an assumed place of living. He started purchasing lands in the Southern Coast of Crimea.

Mikhail Vorontsov took office of the governor-general of Novorossiya in 1823. Since that moment, he became a sovereign master of the huge territory of the Northern Black Sea region — from Bessarabian steppes to Taganrog. In those times, the South of Russia was a center of various problems, such as economical, national and political ones… Being a self-starter person, Vorontsov found this giant half asleep land is a real catch for him. Odessa became a place of the official residence for the governor-general and Crimea was chosen as a relaxation place. “He is cherishing Crimea like a pet project or toy”, — Count’s contemporary noted.

In the first years of Mikhail Vorontsov’s activity in the new field of work, the count had to face with serious miseries — both in his personal and professional lives. An epidemic of plague broke out in Bessarabia. There was a threat that the epidemic could spread to Crimea and the governor-general had to take stern measures. However, the hardships of the debilitating lockdown multiplied by the local officials’ arbitrariness and corruption provoked a spontaneous revolt crushed by the military forces.

Vorontsov personally led the investigating commission. He was entering into details of that confusing story very thoroughly and his daughter died abroad meanwhile, then his old-aged father passed away. Apparently, these events made Mikhail Semyonovich strengthen his housing. He closely engaged in building of a country estate in Alupka.

The governor-general started enormous transformations from creating the road network. A road connected Simferopol, Alushta, Yalta and Sevastopol was built at his initiative. “A wonderful road is a monument to Vorontsov”, — Statesman and poet Vasiliy Zhukovsky, who accompanied Nicholas I on his visit around Crimea, made entries in his diary.

In 1848, a monument in the form of the fortress gates was raised in honor of the ending of the road construction at the Baydar Pass, which connected the Southern Coast and forest and mountain zone of Sevastopol.

9. Crimea is his favorite child

As Vorontsov was a zealous master, he competently exploited his domains developing Taurida’s prospective industries.

“Soon, Crimea will make people forget of the Champagne and Bordeaux wines” — participant of the expedition trip of Nicholas I to the peninsula recorded on paper. The Vorontsov’s wine cellars were located within the whole Southern Coast, including Ai-Danil’, Gurzuf, Massandra and Alupka. He established an educational institution for “vital needs of the wine industry”.

The Tarkhankut peninsula located in the North-Western Crimea became an unfailing pantry for Mikhail Semyonovich. Vorontsov organized a growing of grapes and breeding of fine-fleece sheeps, as well as situated a grain farm at his estate. An artel, invited by Vorontsov from Malta, was catching fish near the coast of the Tarkhankut peninsula. Malta was a center of the industrial fishery of the Mediterranean Sea. The technology the Maltese crews provided Vorontosv with was so effective that fishing communities use it even nowadays.

Thanks to endeavors of the Russian count, a former semi-desert land had become a thriving region. A population size was increasing and people needed not only daily bread, but also spiritual food. A church in Ak-Mechet (now the village of Chernomorskoye) built in 1838 with his personal funds for resettled peasants had become a curious monument to Vorontsov. A temple was consecrated on 5 September in memory of saint and righteous Zechariah and Elizabeth. The saint’s day coincided with the name day of Yelizaveta Xavierovna, who was a spouse of Vorontsov. Such a gift was made for the beloved wife by Mikhail Semyonovich.

The temple in the name of John Chrysostom had been raised in Yalta the year before. The church of St. Theodore Stratelates was built on the central hill of Alushta in 1842. The buildings were distinguished by the unusual architecture: bell towers in the form of high spires and lancet windows, which looked like the churches of England, where the count spent his youth and childhood.

The palace built by Mikhail Vorontsov at his estate can be rightly called a world architecture masterpiece. The palace and park were being built over a period of 20 years from 1828-1848. Grand ideas, architect’s charisma and mastership of workers had shown overwhelming results. Many details of the interior finish are made of the strongest diabase, which is very difficult to process. According to the legend, when the architect proposed the count to change the stone to the soft one what would reduce costs of building operations, Vorontsov shrugged his shoulders and told: “It will cost much, but I stood the thought of that fact, as it will be so beautiful”.

The evil Pushkin’s epigram is valuable because the poet ingeniously phrased the life philosophy of Vorontsov. The “halfness” of Mikhail Semyonovich provided him with the freedom of opinion and action: he used advantageous features of the social class he belonged to and avoided its disadvantages. The official Vorontsov was closed with unrestricted authority — and faithfully served his country in civil and military areas. The landlord Vorontsov was one of the richest people of the Russian Empire, but consistently supported the freedom of work. For example, a major part of serf peasants, who wished to settle in Crimea, gained freedom and got appointment allowance.

The fate decreed that in the decline of his years Mikhail Semyonovich came back to where he started from — England and wars. The Vorontsov’s sister Yekaterina married the English earl George Herbert Pembroke in London. Their son Sidney Herbert served as a Secretary at War of the United Kingdom in 1852-1855 and engaged in the organization of the expeditionary corps and sending it to Russia. So, metaphorically speaking, Great Britain unleashed the military power on the Vorontsov’s governor-generalship with his nephew’s blessing: at first, Britain bombed Odessa, and then started the Crimean military campaign against Russia, what culminated in the siege of Sevastopol. The tragedy affected Vorontsov too: his son general Semyon Vorontsov was wounded during that siege. After finishing the Crimean War, Mikhail Semyonovich participated in negotiating the terms of peace. “Of course, the peace terms are very harsh to us — he said, — but we will not get the better ones via prolonging the war”. 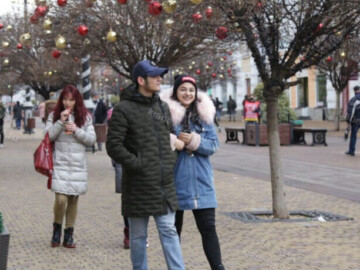 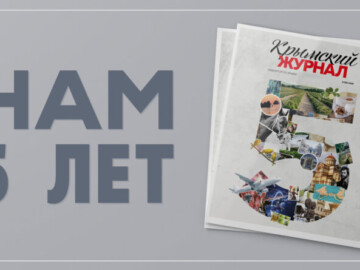 “The Crimean Magazine” celebrates its 5th birthday
Смотрите также
Columbus of the Taurian land: Pyotr Pallas in the history of Crimea
Forgotten masterpieces: architectural monuments from the Crimean outback
Crucial decisions were made here: history of the governor’s house in Simferopol