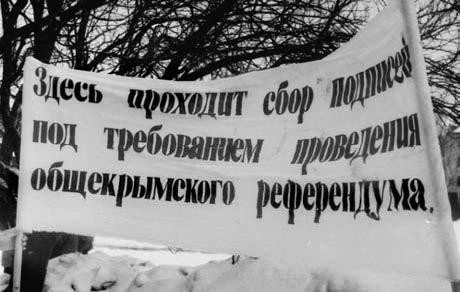 Crimea celebrates the historical date on 20 January, which is the 30th anniversary of the referendum on determination of the public and legal status of Crimea that was held on 20 January 1991

That day residents of Crimea almost unanimously voted for the restoration of the Crimean autonomy as part of the renewed Soviet Union, but nobody wanted the integration into Ukraine. More than 93 percent of voters said “yes” to the autonomy.

The referendum took place in the anxious time: seemingly the everlasting and unbreakable union of “free republics” was falling apart at the seams, inter-ethnic conflicts were breaking out on the fringe of the country and former party and Komsomol leaders were quickly changing their coats and became nationalists and adherents of “nezalezhnost” (independence in the Ukrainian language — editorial note).

During the referendum — by the way, it was the first and only referendum in all of the USSR — Crimeans had clearly revealed their position on the unity of the country, chosen the preservation of their cultural and civilizational identity, as well as habitants of Crimea took stand against the resurgent Ukrainian nationalism, inheritors of ideological betrayers and hangmen. As a matter of fact, people wanted to be with Russia, which lost its peninsula because of the illegal and voluntaristic decisions.

Nowadays, many people call the January referendum of 1991 the “prologue” to the Crimean Spring.

“Citizens didn’t want their country to be collapsed and dead, they wished it to be modernized and renewed. The dissolution of the Soviet Union wasn’t preordained, the country could have been saved and thus that time we needed only the will of the country’s leadership and professional and competent team to prevent the collapse. Unfortunately, the ruling elite of that period hadn’t coped with the problems, which hit the country”, — Chairman of the State Council of the Republic of Crimea Vladimir Konstantinov told.

According to the Chairman of the State Council, the referendum of 1991 determined in the large part the fate of Crimea. In those years, Vladimir Konstantinov wasn’t a famous politician, though he was a supervisor. As many work teams’ leaders, he participated in the organizing of the referendum on behalf of the regional committee.

“People possessed great enthusiasm and very romantic mood back then. The residents of Crimea believed that the voting would allow to solve a lot of problems. Of course, the history has no subjunctive mood, but today we can say that if there was no the referendum of 1991, then the referendum of 2014 would never happen. The last referendum led to the reunification of the Crimea with Russia”, — Vladimir Andreyevich remembers.

The First Deputy Chairman of the State Council of Crimea and Chairman of the Committee on State Building and Local Governance Yefim Fiks was just starting his political activity 30 years ago.

“I was invited to join the organizational committee on holding the referendum. I remember the Chairman of the Supreme Council of Ukraine Leonid Kravchuk visited a session of the Regional Council. He was persuading us not to hold the referendum — he said the Supreme Council of Ukraine would pass the law, which would provide Crimea with all it needed. Finally, when the decision was made, he added the annex to formulation of the question, which was submitted to the referendum: to the words: “Do you vote for the restoration of the Crimean Autonomous Soviet Socialist Republic?” Kravchuk, by his own hand, added such words: “… as a subject of the Union SSR and participant of the Union Treaty”, — Yefim Zisyevich recalls.

People say that this sly party officeholder wanted to shift the responsibility on Moscow for holding the referendum in such a way. However, currently it doesn’t matter.

“The referendum provided Crimea with its personal Constitution and the right to schedule a referendum. The autonomous status allowed to make the reunification flawless from the standpoint of the principles of law”, — Yefim Fiks noticed.

The January referendum of 1991 is the most important part of the modern Crimean history. Both Crimeans and residents of other regions of Russia must know it.

“Residents of Crimea are special people. We are the keepers of the sacral values of the Russian World. There is a long struggle of our peninsula’s people for their civilizational choice behind the simple and well-known word expression “Crimea is Ours”, — Vladimir Konstantinov expressed the confidence. 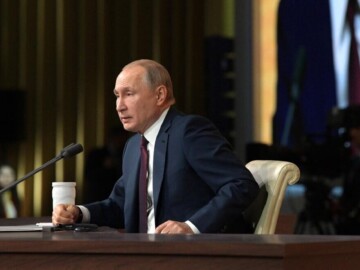 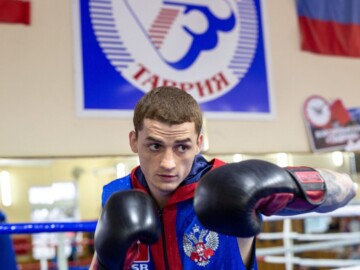 Crimean boxer Gleb Bakshi will perform in Poland in the national team of Russia
Смотрите также
Columbus of the Taurian land: Pyotr Pallas in the history of Crimea
Forgotten masterpieces: architectural monuments from the Crimean outback
Crucial decisions were made here: history of the governor’s house in Simferopol