Главная | English | Civil war and Ranevskaya’s debut: history of the theater of Yevpatoriya 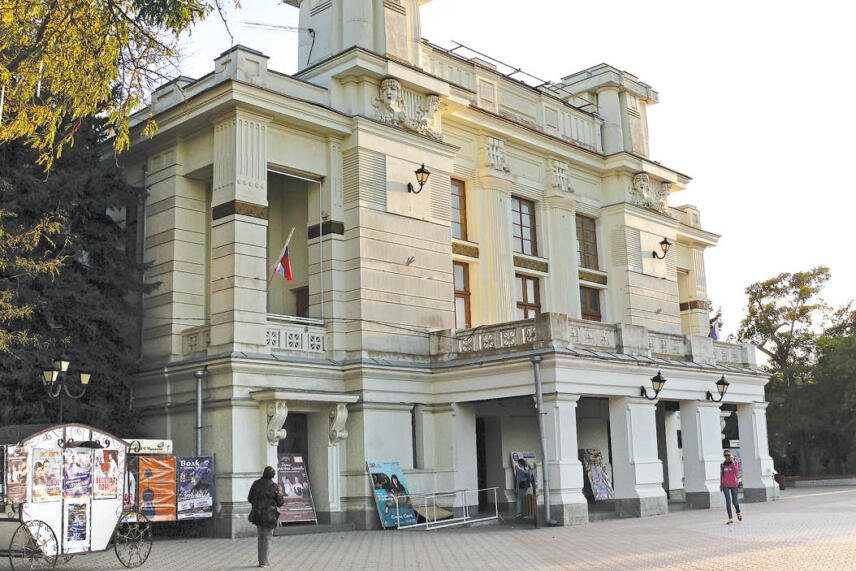 In 1910, the center of Yevpatoriya was decorated with a grand temple of Melpomene, which is a theater. Its history is inextricably linked to the Russian Civil War, reports The Crimean Newspaper.

Just like whole Crimea, the city of Yevpatoriya went through power changes, high prices, robberies and homicides… It’s a funny thing, but theater was functioning! A witness wrote that the art of acting allowed people to abstract themselves somehow from the real nightmare of everything that happened during those days. Collisions occurring on the stage turned into the only reliable remedy against the madness, which was prevailing beyond the bounds of the theater. Both high-profile celebrities and aspiring actors, whose spark of great talent just got started raging, shone on this stage. Alexander Vertinskiy and Faina Ranevskaya were among them.

Vertinskiy responded to the events of the Bolshevik coup of 1917 and ensuing Civil War by the song, which had a distinctive title “What I must say”. The song was dedicated to the tragic death of 300 cadets – they were young nobles, who voluntarily joined the Russian Army and who were going to become officers. That song displeased new authorities. To not to exacerbate the situation, the artist left Moscow and went out on tour to the regions of Russia.

The poster with the program of Vertinskiy’s concert dated December 1917 and newspaper “Revolutional Yevpatoriya” containing the advertisement: “City theater. Just one night performance of sad songs sung by Pierrot Alexander Vertinskiy will be held on Tuesday 26 December 1917. You will hear the song “What I must say” and whole range of other songs of his own composition” are stored in the funds of the Yevpatoriya Museum of Local Lore.

Faina Ranevskaya debuted in Yevpatoriya in 1918. “My first performance with a larger role was held in the three-floor theater, which seemed giant to me”, — actress remembered.

The role of Charlotta from “The Cherry Orchard” written by Chekhov “defined her path as a character actress and won the admiration of her troupe mates and viewers”, Pavla Wulff, who was Ranevskaya’s mentor, writes. “She has got awkward lengthy body type, which was impossibly funny and at the same time it looked like tragically alone”, — she resembled.

“Pavla Leontiyevna called Yevpatoriya Debutoriya as a joke, that’s the way she hints at my lucky debut (well, I hope I won’t put a jinx on it)”, — Ranevskaya wrote in her diary. And following notes are rather dreadful: “It’s scary to walk along the coast. The bodies of unfortunate people, who were thrown off the ship several months ago, can be washed ashore by the sea right at your feet. The sea presents these awful gifts very often”. 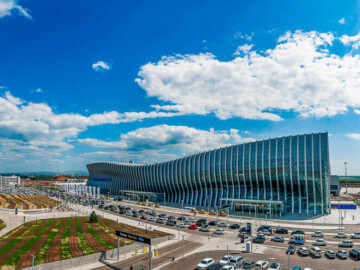 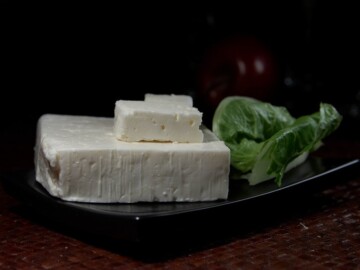 Greeks want to establish manufacturing of feta and spices in Crimea
Смотрите также
Columbus of the Taurian land: Pyotr Pallas in the history of Crimea
Forgotten masterpieces: architectural monuments from the Crimean outback
Crucial decisions were made here: history of the governor’s house in Simferopol