Crimean Museum. The “Alupka Palace” painting was created by Emanuel Magdesian at the beginning of the XXth century. Oil on canvas. It’s kept at the Simferopol State Art Museum.

The Alupka Palace is the pearl of architecture and one of the calling cards of the Southern coast of Crimea. The story of its establishing dates back to the first half of the XIXth century.

The palace was being built from 1828 to 1848 as a summer residence of the count Mikhail Vorontsov. The English architect Edward Blore was the creator of the facility. He didn’t arrive in Alupka, but he researched the relief features very well. The young, but rather vibrant English architect William Hunt, who was called from the Great Britain by Vorontsov, supervised the construction of the palace. The English Gothic and Neo-Moorish architectural styles, as well as top pointed arches and skillful stone carving are combined in the image of the palace.

Many painters were attracted by the architecture of the Alupka Palace and its park’s beauty. In the early XXth century, the painter Emanuel Magdesian painted the southern facade of the palace. Being the sophisticated colorist, he could reflect the bright noonday colors, glares of the sun on the marble steps and space, which is rich with the scent of flowers and sea breeze. The palace’s image, noticed by the painter with the new front door angle, is endowed with an inexplicable charm and abundance of exotic plants brings viewers to the corner of the paradise garden.

The sea, shores of Crimea, parks and palaces are among main streams of the Magdesian’s creativity. The painter can’t be called a direct follower of his outstanding uncle Ivan Aivazovsky, whose dazzling glare didn’t eclipse the painter. He drew from nature a lot, his paintings were a result of the hard work and impressions of the wild life.

Currently, the painting “Alupka Palace” is kept in the funds of the Simferopol State Art Museum. 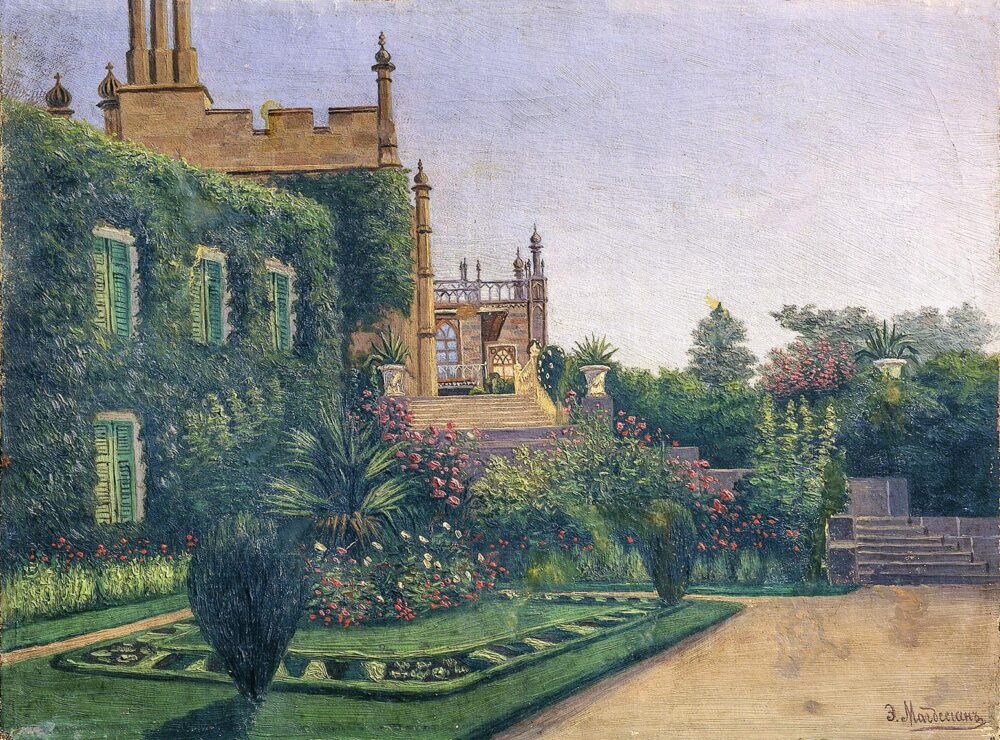 1) The marble sculptures of lions located near the southern facade of the palace are one of the most recognizable and photographed details of the architectural complex of the Alupka Palace. The marble lions were created at the workshop of the Italian sculptor Giovanni Bonanni. The central staircase was decorated with the famous sculptures in 1848.

2) The employees of the Alupka Palace could almost preserve the original appearance of its ceremonial interiors. The Chinese cabinet, chintz room, winter garden, blue living room and front dining room amaze the audience’s imagination with luxury and exquisite redecoration.

3) The park on the territory of the Vorontsov Palace is the creation of the Karl Kebakh (1799-1851) and it was being cultivated more than 25 years. Together with the palace, the sunny glades, ponds and waterfalls, sprawling maples and pine trees, shaded walkways and green mazes of the park are also the monument of the national importance. 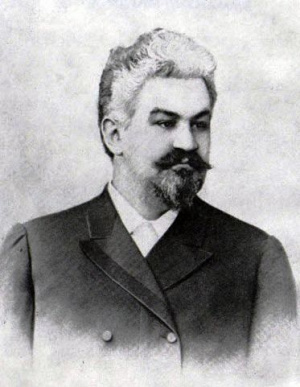 Emanuel Yakovlevich Magdesian (1857-1908) was born on 23 April 1857 in the town of Armyanskiy Bazar (it’s Armyansk nowadays). The mother of Magdesian was the cousin of Ivan Konstantinovich Aivazovsky. The great marine painter’s credibility was high within the family. He presented brushes and paints to Emanuel and advised him to go in for painting.

In 1878, Magdesian entered the Imperial Academy of Arts to the painter’s studio of the professor of painting Vladimir Orlovsky as a non-matriculated student. The academy studying lasted almost 14 years. He came back to Crimea in 1892 and settled in Simferopol on 26 Dolgorukovskaya Street (it’s not far from the current building of the art museum). The first Simferopol private art gallery was arranged at his house, where the painter presented his own paintings and paintings of Ivan Shishkin and Ivan Aivazovsky and other famous masters that were stored in his collection to the audience.