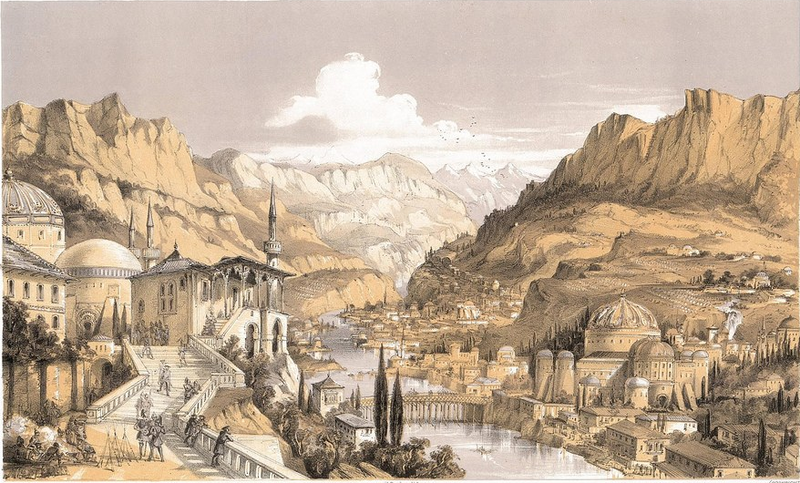 The Cossack cuisine, Khan’s harem, cultivation asparagus within the peninsula and other interesting facts about Crimea are among the things the English traveler Elizabeth Craven described to her brother in the letter dated 8 April 1786.

“Having arrived in Crimea, I had dinner with a Cossack foreman. I was served around in the Cossack manner. A long table was set for thirty people.

One side of the table was occupied with pork dishes and the other one was dished up with mutton courses. There were snack plates and cheese course in the middle of the table. Chefs tried to cook the meals as tasty as they could. The senior military commander offered me to taste something of thirty types of wines. I have tasted three of four of them with great pleasure: I really liked them.

After dinner, I saw a mock battle of two squads. There were some Kalmyks among the Cossacks. The Kalmyks looked extremely brutal. They seemed to have small and sunken eyes, flat nose and square yellow face. Those Kalmyks skillfully shoot arrows. For instance, one of them shot a goose a hundred of steps away and the other one broke an egg for fifty of steps. Young Cossack officers demonstrated their shooting skills too, but they got nothing on the Kalmyks, who began dancing and singing original songs.

When a Cossack is ill, he takes only the certain medicine well-known within this area, which is sour milk.

I’ve spent the night at a Tatarian princeling’s house, which became a place of living for the Russian garrison consisting of a thousand and two hundred of strong warriors. There is a room for receiving foreign guests at the Tatarian house. I reached the place by the governor’s carriage and said goodbye to him and his retinue, as they went to Feodosiya (former Caffa — editorial note). I hope to join them on Mangup Mountain. We were accompanied only by two Cossacks. As for the governor, he also tried to travel with a small retinue to not irritate Tatars.

Bakhchisarai is located on the very steep hill and thus it always seems that any minute the stones may roll down and crush the houses standing at the bottom of it. I saw a small Tatarian squad consisting of a hundred of horsemen headed by a kaymakam (that how the first Khan’s minister is called). Somebody of ridiculists named him “Krim-Tatar” in my presence, what sounds as “Tatarian cream” in English. I told about that consonance to the kaymakam and he liked it.

The kaymakam had to escort us further. Without knowing it, I asked the governor whether there are the Russian troops here. I was replied that a thousand of warriors were deployed in the city and as for Tatars, five thousand of them live there. There were so many local habitants greeting us on the both sides of the road, so it may seem none of them stayed at home. Walking along the trail, I was looking at the people. Some of the Tatars were standing with their eyes cast down and the other ones were looking at me first and then averting their glances, as they are prohibited to see an uncovered female face. But there were some Tatars, who continued laughing and looking at me shamelessly.

They sell beautiful sabres and knives. I was being persuaded that these weapon items are well-tempered and their quality is not inferior to the Damascus steel.

The Khan’s Palace can be described as a conglomeration of dwellings, whose ceilings are propped up with wooden pillars.

The palace is paint coated and gilt in a weird way, but it is pleasing to the eyes. The vaults of the entry doors are semicircular. The big letters inscription curling on them is the main decoration. I was told that the palace buildings were partially destroyed, but the governor rebuilt and decorated them while he was preparing for the arrival of the Empress.

The local harem (residence of women, separated from the Khan’s chambers and designed for accommodation of a mother, sisters, wives and concubines of a Khan) — is a very large house, which is higher than other facilities.

I especially liked the chambers on the ground floor of the palace: the floor is laid with marble slabs and fountains installed in the middle of it, where a water jet constantly spurts from. The area of my room was more than forty square feet. The room’s windows are positioned in two rows (one above another) on three sides and that’s why I didn’t find a place for sleeping in the first try. I have never seen places, where such a combination of gilding, silver and different colors can be found, as I have seen it there.

The kaymakam and two noble Tatars were invited to our supper. It’s highly unlikely that you can find more simple-hearted people than these men. The kaymakam, who is a former Khan’s minister, has no idea of geography: he thinks that England and Petersburg are quite the same.

Tomorrow, I will be dining with his sister married a rich Tatar, who took complete control the alum producing. This mineral is one of the types of natural resources of the peninsula. The alum is fat clay that is quite similar to soap and it’s used in the leather production. The women of Tsargrad use the clay as the cosmetic product. I was being ensured that rich Tatar person got big profits from alum sales.

I was interested in the dome, which can be seen out of my window, and found it was built by a Khan in honor of his Christian wife, who was loved by him so much that he couldn’t solace after her death. The Khan built the dome to see always the resting place of a precious person for him. The Khan’s sensitivity proves he had a heart worthy of Christian girl’s love.

There are plenty of ramshackle bath-houses, dwellings and other building on the outskirts of Bakhchisarai. I visited one of the bath-houses: it is circular, decorated with marble and possesses niches for relaxing of bathers. These types of bath-houses are widespread in Turkey and Tartary, but we don’t know much of them.

Diligently and obediently yours,

P.S. The peninsula is also famous by its asparagus and a leg size wild horseradish of such strength I have never tasted before, which grow everywhere”.

Craven Elizabeth (1795). A journey through the Crimea to Constantinople in 1786. 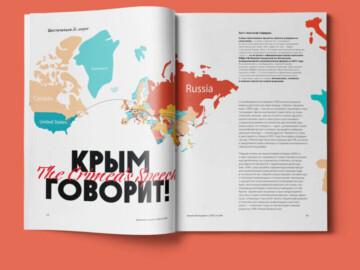 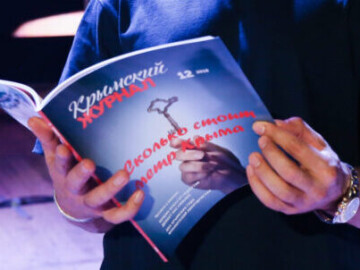