From 27 December 2020 to 10 January 2021 inclusive, about 239,7 thousand of tourists have spent their vacations in Crimea. According to the Ministry of Tourism and Resorts of Crimea, these indexes exceed rates of the same period in 2019-2020 by 14 %. The event was highlighted by the Head of the Republic of Crimea Sergey Aksyonov at his official Vkontakte page.

“64 % of tourists arrived in Crimea by road transport across the Crimean Bridge. 29 % of vacationers came to Crimea by air, 6 % of travelers reached the peninsula by rail and 1 % of tourists entered Crimea through the border with Ukraine”, — Aksyonov noticed.

During the New Year holidays about 220 hotels and sanatoriums functioned, whose an average accommodation occupation rate amounted to 70 %. Therewith, a number of recreational facilities were occupied at 85 % or more.

“Generally, according to the results of 2020 about 6 million and 303 thousand of tourists have rested in Crimea. Moreover, Crimea is the only region, which became in a favorable situation on earnings from the tourism sector in 2020, both among the subjects of the FSD (Federal Southern District — editorial note) and all the federal subjects of the Russian Federation. According to the information of the Federal State Statistics Service of Russia, direct incomes of the collective accommodation facilities (sanatoriums, boarding houses, vacation houses and tourist centers) have increased by 2 % for the last 9 months of 2020 comparing with the same period of 2019 and amounted to 27,9 billion of roubles. To my mind, in spite of the difficult year the tourism industry of Crimea has coped with all the challenges. Moreover, there were no serious disruptions, disease outbreaks or any other problems including the period of New Year holidays. I want to thank my colleagues for the professionalism and effective collaborative work. I am sure we will support each other and work so cohesively and efficiently for the good of the republic and whole country in the following years”, — Head of Crimea mentioned. 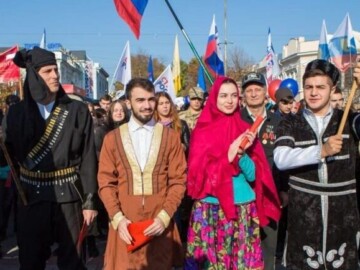 “None of the nations of Crimea will lose their identity”, — Aksyonov 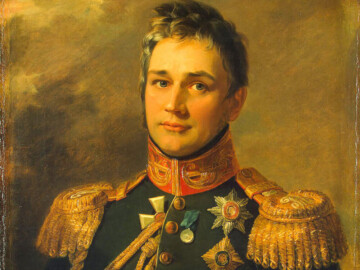 Mikhail Vorontsov. The person rich in gold and valor
Смотрите также
Columbus of the Taurian land: Pyotr Pallas in the history of Crimea
Forgotten masterpieces: architectural monuments from the Crimean outback
Crucial decisions were made here: history of the governor’s house in Simferopol