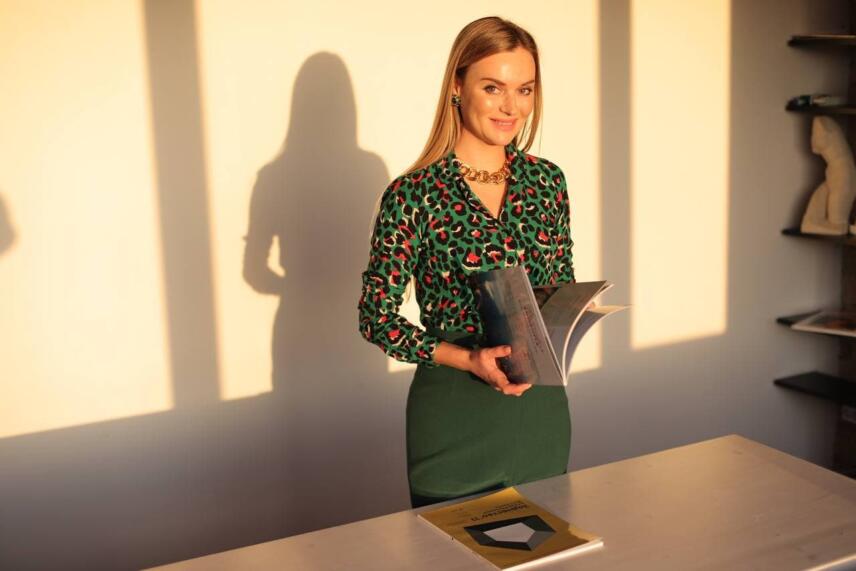 The Head Editor of “The Crimean Newspaper” Maria Volkonskaya tells about the main foreign policy events of the week related to Crimea and other points.

We are used to the fact that the falsification of the history became the main tool Ukraine resorts to in its modern Russo-phobic policy. This time, the Ukrainian media outlet Kyiv Post distinguished itself via placing the “Crimean solidarity: struggle for freedom in Crimea occupied by Russia” film at its YouTube channel. The photos from the Holocaust Museum were used as the photo evidence of the Deportation of the Crimean Tatars.

I will resemble that in 2019 the Ukrainian embassy in Washington presented the snapshot of the situation taken in the Lodz Ghetto as the photo of the Deportation of the Crimean Tatars in 1944. Just last week, the Ukrainian “Crimea” Twitter account replicated that fraudulent practice with filigree precision.

The Ukrainian propagandists have a lack of imagination, don’t you think so?

Finally, our Ukrainian friends have decided to resort to the “practical steps” in taking back of the peninsula from the “Russian aggressors”. I want to remind people, who don’t monitor the sparkling ideas of the representatives of the Ukrainian independent state, that the president of Ukraine Vladimir Zelenskiy urged the member countries of the United Nations to join the establishment of the so-called Crimean platform during the 75th session of the UN General Assembly. Recently, it has become known that the new platform for negotiations about the deoccupation of Crimea was supported by more than ten countries of the world, including Lithuania, United Kingdom, Turkey, Poland and Estonia. The Ukrainian authorities plan to hold this rescue operation (aka “The International Crimean Platform Summit”) on 23 August 2021 and dedicate it to the 30th anniversary of the independence of Ukraine.

Well, we overheard that the organizers want to invite Russia to participate in this so-called event. In this case, I would like to add some new items in the agenda on behalf of the habitants of the peninsula: don’t you mind to discuss the water and energy blockades of Crimea and visa-related restrictions against residents of the republic? Don’t you want to discuss these points of the agenda, as long as such respectable company will gather? Moreover, we offer the next variant of the operative part for the discussion: Crimea and Sevastopol are indispensable parts of the Russian Federation!

But, for some reason, not only Ukrainian officials and public activists, but also representatives of the international organizations turn on Crimea with accusations on a regular basis. They accuse the Crimean authorities that they undermine the rights of Ukrainians and Crimean Tatars, including the aspects of free use of mother tongue. In this regard, I want to resemble that Russian, Ukrainian and Crimean Tatar languages have a status of official state languages within the peninsula. Any person has the right to use his/her mother tongue, freely choose the language of communication, upbringing, education and creativity. It’s not about some declarative thesis statements, it’s about reality. I keep telling: come and see how things are in Crimea.

Last weekend, the North Atlantic Treaty Organization mostly known as NATO celebrated its birthday. Fortunately, this time the birthday celebrants didn’t set off fireworks in the way they liked to do that in different regions of our planet: Yugoslavia, Iraq and Libya.

In its ironic congratulation to NATO, the Ministry Foreign Affairs of Russia reminded its colleagues the main goal of the creation of NATO is the consolidation of peace. The MFA of Russia mentioned defense expenditures increased again — by 7,4 % and amounted to 1,09 trillion of US dollars. We want to believe in miracles in this birthday. Let’s believe that these funds will spent on the strengthening of peace. We hope the organization won’t spend money on “defensive” bombing attacks, as it did in Yugoslavia or “peacekeeping” invasion, as it was in Iraq. 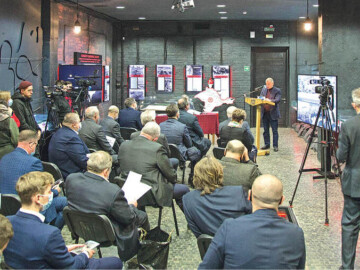 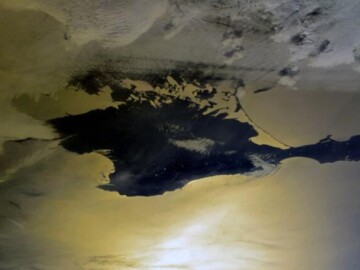