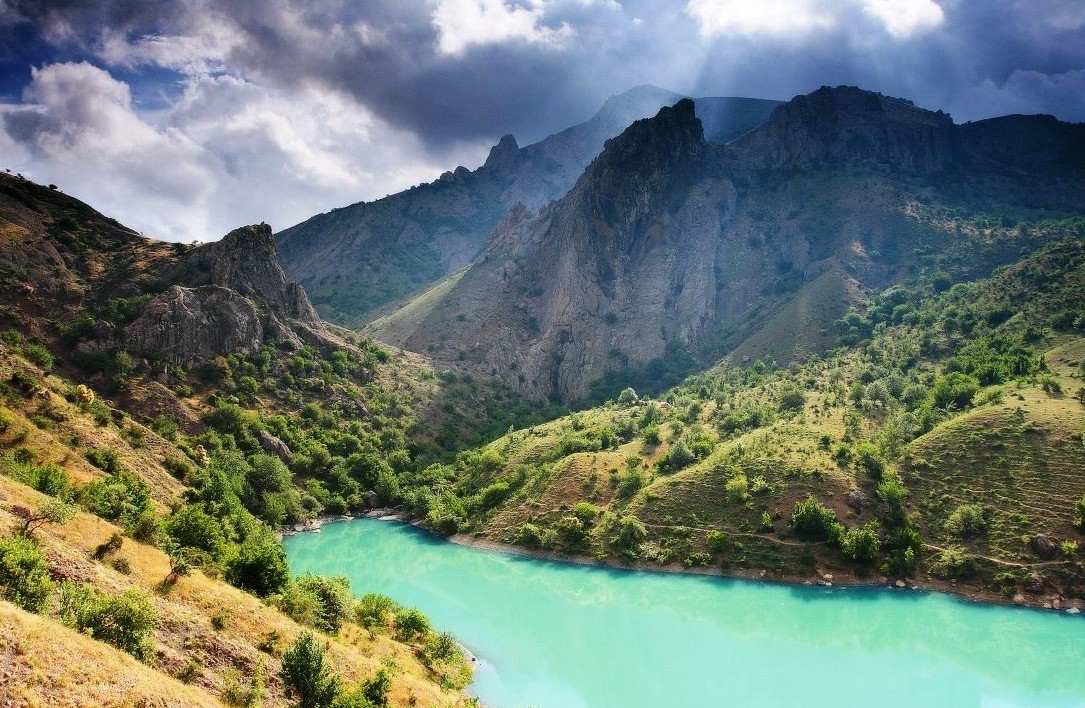 Here is the top list of the most beautiful places of Crimea, where you will not meet crowds of tourists. 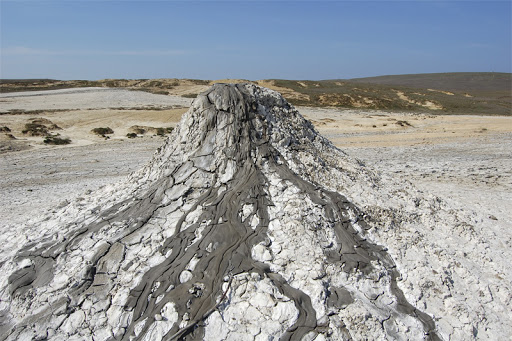 You can see the unique in its size the Dzhau-Tepe mud volcano on the South-Western plain of the Kerch Peninsula near the Vulkanovka village in 12 km south of the Leninskoye settlement at the road Feodosoiya-Kerch. The local vegetation is typical of these places — it’s steppe fescue-absinthial grass.

A big hill near the height of 60 meters with steep slopes and foot divided by the ravines on the sprawled wavy plain draws attention right away. This is the Dzhau-Tepe mud volcano. Its slopes are covered with cracked volcano mud that was erupted from the top of the hill many times. 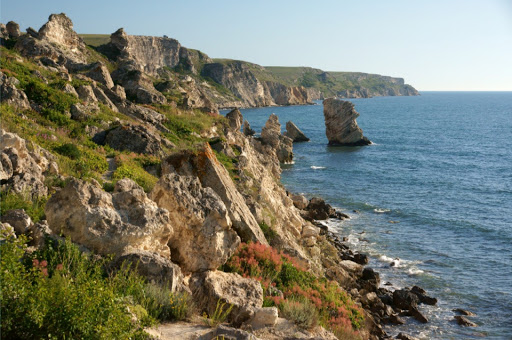 The Dzhangul natural boundary consists of rock gorges extended over 5 kilometers along the North-Western coast of the Tarkhankut Cape. The relief of the shore with clusters of layered rock chaoses was formed by landslides and large number of fanciful of limestone figures were created by erosion and abrasion.

The largest landslide array of Dzhangul is located at the Ternovskaya Gulch: its length is about 500 meters and its width is 200 meters. Cormorants, sheld ducks, starlings, partridges, flycatchers, warblers and other birds nest among stones, niches and rock crevasses. The ruins of the ancient Greek customs point were preserved in the Big Kastel Gulch.

Dzhangul is the preserved landscape sanctuary of local importance since 1980. Its cozy terraces are popular among admirers of solitary rest alone with nature. 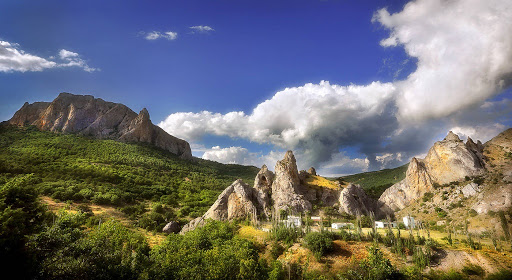 The red dessert wine Black Doctor is the dignity of local wine makers. Breeds of local grapes, which are grown only here because of the limited number of raw materials, are used in the production of this wine — the production volume is limited.

Kiyik-Atlama is a bare steep cape pushing out far into the sea; the Northern part is massive with a high pyramidal peak and the Southern one is lower and narrower.

The harbors near the cape are difficult to access and that’s why local divers and yachting fans prefer them for resting in private. 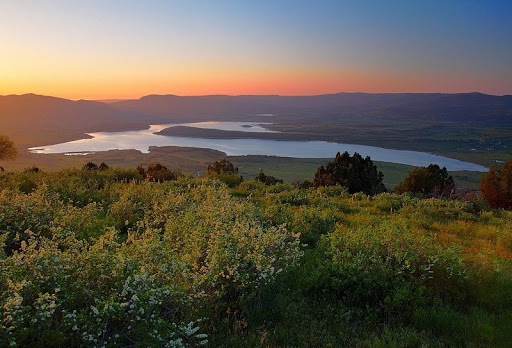 The Baydarskaya Valley is one of the most beautiful places of Crimea located in the natural amphitheater — it’s surrounded by the mountains from all sides. The altitude of the valley is 260 meters above the sea level, the length is 16 km and its width is up to 8 km. 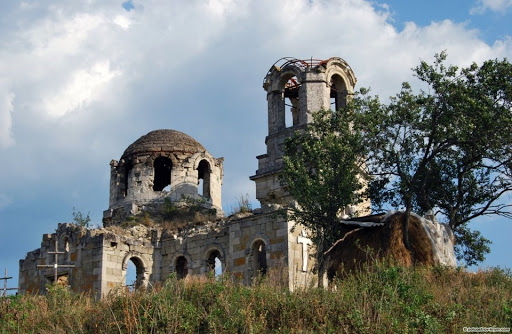 Khatyn is the vanished village in the Bakhchisaraiskiy district of the Republic of Crimea. It was situated in the middle part of the Second Ridge of the Crimean Mountains, in the small valley flowing into Kacha River from the left in the upstream of it.

The village was captured by fascists on 23 March 1942 and all its residents were shot: 16 adults and 1 kid (according to other sources, they were burned alive). The village was completely destroyed because of the support and sheltering of partisans.

Currently, the temple of Saint Luke is the only remained building, which is restored by efforts of believers. The monks living here don’t have such blessings of civilization as electricity, water system or normal road. Tourists can reach the place only by car with proper clearance, but having seen this landscape once you will never forget it. The overwhelming panorama of the surrounding mountains, heady smell of meadow grass and ringing of bell towers echoing and entering right in the heart.

Zelenogoriye is called “Crimean Switzerland” for its majestic mountains, green meadows and inimitable microclimate. There is a mountain lake and trail to the waterfalls starts from here. You can see them after a 10 minute going on foot trip.

You will be able to rest in Zelenogoriye in the heart of nature in the way you rested at your grandmother’s house in the village once. From the houses, vacationers can enjoy a magnificent view of the mountains, where goats, sheep and horses roam on. In spring, nightingales sing in bushes of blackberry and cicadas chirp in summer. Griffon vultures float high in the sky. 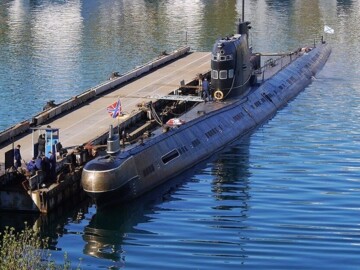 What’s happened to the abandoned Ukrainian submarine “Zaporozhiye” in Sevastopol? 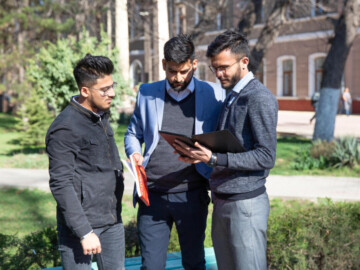