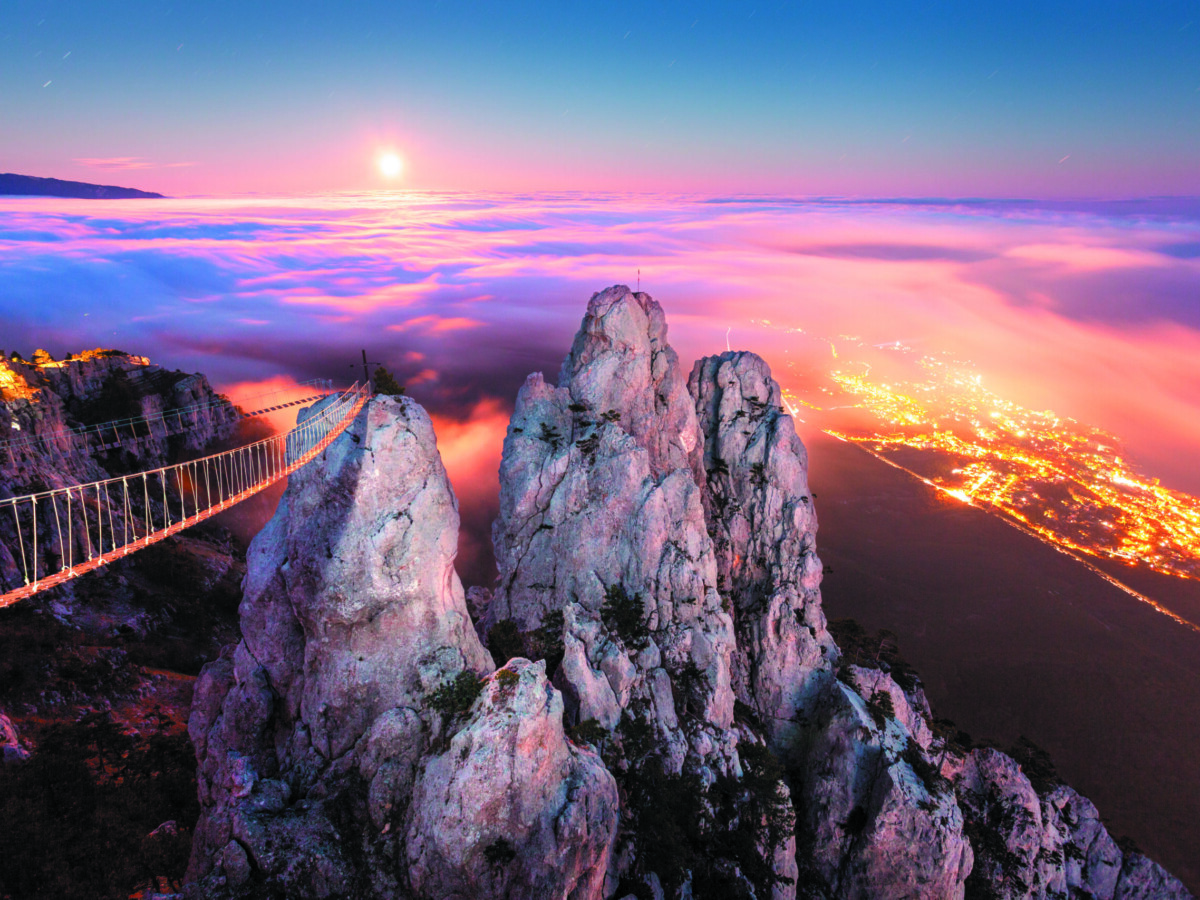 Mistakes got into the description of the landmarks of Crimea and we continue finding and busting them! Now it’s time to talk about the highest mountain of the peninsula and more…

The mountain peak of Ai-Petri isn’t in the top 10 peaks of Crimea list according to the height, but it can give any of them a leg up in efficiency. The mount was named after Saint Peter, who…had never visited that place.

Saint Peter spent his entire life travelling around the Mediterranean region, but he didn’t go to the peninsula. During the Middle Ages, when Christianity gained a strong foothold in Crimea. Back then, the local Greek population established a monastery of Saint Peter at the bottom of Ai-Petri. We know about it from chronicles, but scientists can’t define the tenement on the ground to the present day. A word “saint” sounds like “agios”, “ayios” in the Greek language or simply “ai” in the abridged version. As time passed, the mountain top hanging over the monastery of Saint Peter was also called in his honor – Ai-Petri. Nowadays, a cross in memory of the saint was installed on the main pinnacle at an altitude of 1234 meters. Since recently, hanging bridges of an attraction lead there.

The Greek population of Crimea provided us with such names as Ai-Danil’ (settlement near Gurzuf), Ai-Nikola (mountain in Oreanda), Ai-Vasil’ (former name of the village of Vasiliyevka over Yalta), Aya (a cape located between Batiliman and Balaklava), Ayan (a source of the Salgir River, it is corrupted of Ai-Ioann), Ai-Savva (a terrain in Sudak and modern niche winery) and etc. All of these toponyms keep memory about Orthodox Christian saints, who are revered by local Greeks.

Roman-Kosh mountain is the highest point of Crimea, its height is 1545 meters above the sea level. It’s located within the bounds of the Babugan-yaila natural reserve massif. However, this mountain wasn’t considered to be the highest one in the peninsula and it was even called by some other name just 150 years ago. The mountain top was marked as Orman-Kosh on the maps of the XIXth century, where “orman” means “forest” and “kosh, koshara” is a “cattle pen”. Similarly, the other peaks of the yaila got the names Dam-Kosh, Zeityn-Kosh, Ovanes-Kosh and other titles, which remind us of the times, when numerous flocks were grazing on flat tops of the Crimean mountains.

Since the late XIXth century, an alternative version of the name, which is Roman-Kosh, was registered and this title had become the official one soon. The “Alushta-Kosma and Damian monastery-Beshuiskaya hunting lodge-Nikistskiy Pass (height is 1448 meters)-Massandra” motorway was being built in 1910-1913. The highway was designed for going of Nicholas II on the hunt in the mountains. This event coincided with celebrating of the 300th anniversary of the House of Romanov on the Russian throne and Crimean geographers decided to present a gift to the tsar.

— Currently, the Roman-Kosh peak is located on the territory of the Crimean National Park. An unauthorized attendance of the mountain top is prohibited.

— The Crimean mountains grow at a speed of 3 mm in a year. Thus, Roman-Kosh will reach the rate of 1546 meters not earlier than the XXVth century.

Taurians are the ancient nation, who lived on the Southern shore and in the Crimean mountains in the first millennium B.C. Ancient Greeks left curious memories about them.

The Taurians’ culture was rather primitive: they didn’t possess a writing system, they didn’t build towns and communication lines, and they didn’t raise fortresses (though some authors are convinced of quite opposite). The only thing that remained of the Taurian civilization to the present day is funeral facilities called “Taurian stone boxes”. These are simple graves or collective tombs if we talk more precisely. Skeletons of dead people and primitive tools such as weapons, simple modeled utensils and sea shells were put there during centuries. The burial place was covered with a mound on the top.

Other nations thought that huge sizes of some Taurian boxes meant that treasures and valuable items were hidden within these burial mounds. As a result, now all burial places are looted.

Some contemporaries called the Taurian boxes as the Crimean dolmens what is fundamentally wrong. Dolmens of the Caucasus were created as surface facilities and served not only a funeral function, but also exploited as sanctuaries, sacrificial altars and places for astronomical observations. A specific round hole known as a “window” is an important feature of many dolmens.

As for the Crimean Taurian boxes, they were used only as funeral constructions. When a person died, he/she was put into a grave and it was covered with soil. If necessary, the grave was excavated and a multiple burial was implemented. The ritual was repeated centuries in a row until the box was filled with bones.

It’s easy to notice that megalithic constructions of Crimea and Caucasus possess many differences and that’s why nobody could unite them with the common word of “dolmens”. 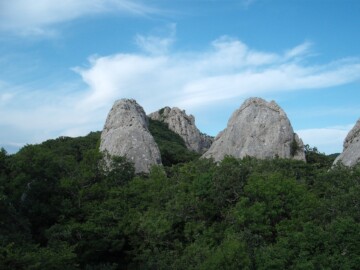 Must see landmarks in autumn Crimea 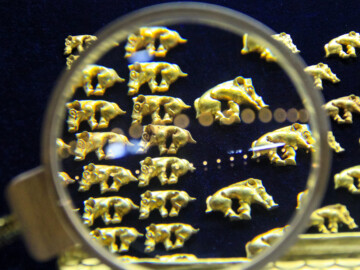 What things were stolen from Crimea: the most valuable exhibits of the “Scythian gold”
Смотрите также
Columbus of the Taurian land: Pyotr Pallas in the history of Crimea
Forgotten masterpieces: architectural monuments from the Crimean outback
Crucial decisions were made here: history of the governor’s house in Simferopol