The Member of the Civic Chamber of the Russian Federation Maria Butina has met with the Crimean youth in Yevpatoriya within the framework of the “Dialogue on equal terms” federal project, as reported by a correspondent for the “Crimean Information Agency”.

“I have found out about this problem when I arrived in the region. It relates to you, residents of Crimea, as you are unable to come to Ukraine to visit your friends and relatives, as you can potentially face with an article of the Ukrainian criminal code. It is not a good situation. You have been isolated from the world — I can say that’s not fair. We need to seek the full decision on your rights and I will include the solution of your issue in my “Svoikh Ne Brosaem” project”, — Butina stated. 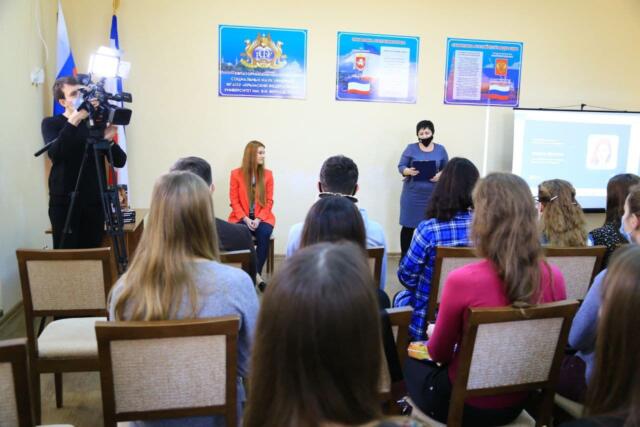 Furthermore, the Member of the Civic Chamber of Russia told that she had already begun to collect information about Crimeans imprisoned on the territory of Ukraine.

“I specially asked, including your local Civic Chamber, to prepare the information. There (in Ukraine — editorial note), several residents of Crimea have been arrested and sentenced recently. And we have got a map in our “Svoikh Ne Brosaem” project, where names of such people will be definitely placed on. (…) In the case with the imprisoned Crimeans, we can act through diplomacy. For example we can resort to prisoner exchange practices”, — Butina told.