In the era, when the deterioration of the environment and stresses of big cities strike at the health of the population of the Earth, leading countries seriously took on the task of the massive introduction of available means of healing and rehabilitation of their citizens. One of such means is Terrainkurs.

For the first time, a German doctor Max Joseph Oertel “turned” a walking into the cure in 1885. He thought that a real healing walk can be a time-dosed walk having a certain tempo and rhythm and promenade area is the correct angle of inclination. The activity of a walk must change to rest. To reach these goals, benches, observation platforms, rotundas and other objects are usually installed throughout the whole itinerary.

Such a kind of a walking is useful for cardiovascular and respiratory systems, it improves blood circulation, strengthens muscles and perfectly “purifies the mind” and boosts spirits.

Terrainkur is the therapeutic walking on organized itineraries, which is dosed in a time and distance way. It comes from the word “terrain” translated from German as an area, territory, location and the word “kur” translated as a cure.

The main principle of the treatment is: from simple to complicated. It’s necessary to make a route more complicated and elongated, including increase the angle of inclination from 5 to 30 degrees only under medical supervision.

A walking therapy spread rapidly throughout the resorts of Austria, Germany, Switzerland and then within the Russian Empire. The first health trails were established at the initiative of Sergey Botkin, who was a family doctor of Nicholas II. Botkin was exactly that person highly valued curative properties of the Crimean air and he could bring the necessity of establishing healing tracks to the emperor. The first terrainkur called the Tsarist trail was built in Livadia in 1901 at the height of 140 meters, its length is 6,580 meters. Marine and mountain air, relict juniper and cedar plantations create unique climate conditions on the Southern Shore of Crimea. There are six health trails in the outskirts of Yalta.

Rehabilitation as a national project

Rehabilitation and health improvement area of Russia are developed at the national level. Dozens of ecological trails are established in nature reserves and national parks within the framework of the federal project “Biodiversity conservation and ecotourism development”, which is the part of the “Ecology” national project. 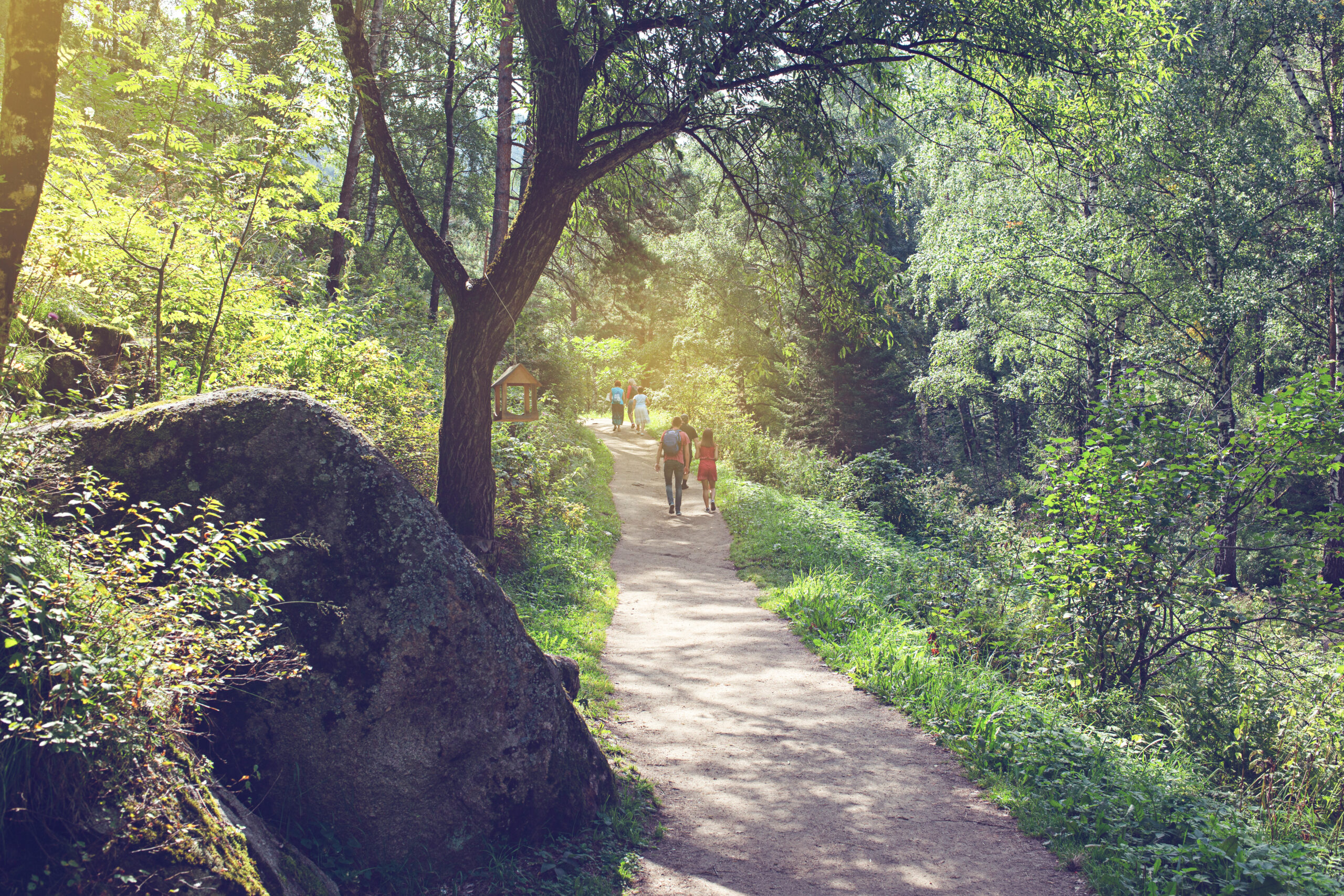 The issues of rehabilitation of pulmonary patients are more relevant than ever before during the period of the pandemic of the coronavirus infection. Thanks to its curative air, Crimea is ready to help people to recover their health, which was lost by them in fighting their diseases.

Nowadays, recreation is in high demand. Crimea is the region with a unique ecosystem, thus we have all the possibilities to treat people and develop the rehabilitation of those patients, who had gone through the coronavirus. That’s why a new trend emerged, which investors were interested in

— Chief Executive Officer of the Corporation of Development of the Republic of Crimea Dmitriy Vorona.

Businessmen are ready to invest funds in sanatorium-resort institutions and the so-called ecotourism is the creation of exciting landscapes, arrangement of tourist routes and health trails.

Historical experience of the Russian health center, climate, nature… Our peninsula is the perfect platform for investments in ecotourism. There is a working out of the draft law, wherein criteria of an ecological hotel and supportive measures for individuals employed in the ecotourism filed will be prescribed

— Deputy Chairman of the Council of Ministers — Minister of Finance of the Republic of Crimea Irina Kiviko.

Establishing of the terrainkur in the resort zone of Alushta will significantly enhance the tourist potential of the resort, but it will also allow to raise the daily ecological culture of the local population.

For pedestrians and bicyclists

The Council for the Improvement of the Investment Climate on the Territory of the Republic of Crimea approved the draft on the arrangement of the park area with terrainkurs in the Lazurnoye (Alushta). The new health trail will be accessible for the residents of Alushta and guests of the town as for bicycle rides and walking tours. 59 million of roubles will be invested in the project, the investor plans to pour 219 million of roubles in the implementation of the project. The arrangement will take place in three phases over two years. The object will bring more than 146 million of roubles of taxes in to the budgets of different levels for 15 years.

The investor will arrange a park area with a grade of 20 degrees. Special therapeutic itineraries will be established on territory of more than 58 thousand of square meters, where descents are changed by ascents and flat areas of the terrain.

Rest sites with benches are envisaged in the designed park area, trees will be planted along the trails for creating shadows, fences and staircases will be installed on the steep sections of the routes. A special attention is paid to the architecture of the future park — stairs and other elements are planned to be made in the natural style.

An observation platform called rotunda will become a central object of the terrainkur. The territory will be decorated with arbors, decorative arches, bridges over ravines, pergolas. Moreover, it’s planned to build retaining constructions on landslide areas. The retaining walls will be decorated into the natural landscape in the form of gabions.

Currently, 27 agreements in the tourism area are implemented in Crimea

Within the framework of the free economic zone: 133 contracts

Volume of investments: 14,1 billion of roubles