5 objects that will alter the life in Crimea — Крымский Журнал
Текст: Alexey Gaydukov

5 objects that will alter the life in Crimea

The Crimea gained a powerful impetus for development after becoming a part of the Russian Federation. The peninsula is executing projects, which were impossible even to dream of just five years ago. Billions of rubles are being spent to make the Republic of Crimea and Sevastopol catch up and become developed Russian regions.

The “Crimean magazine” chose five main objects that will alter the life on the peninsula for the better.

Crimean bridge – the construction of the century 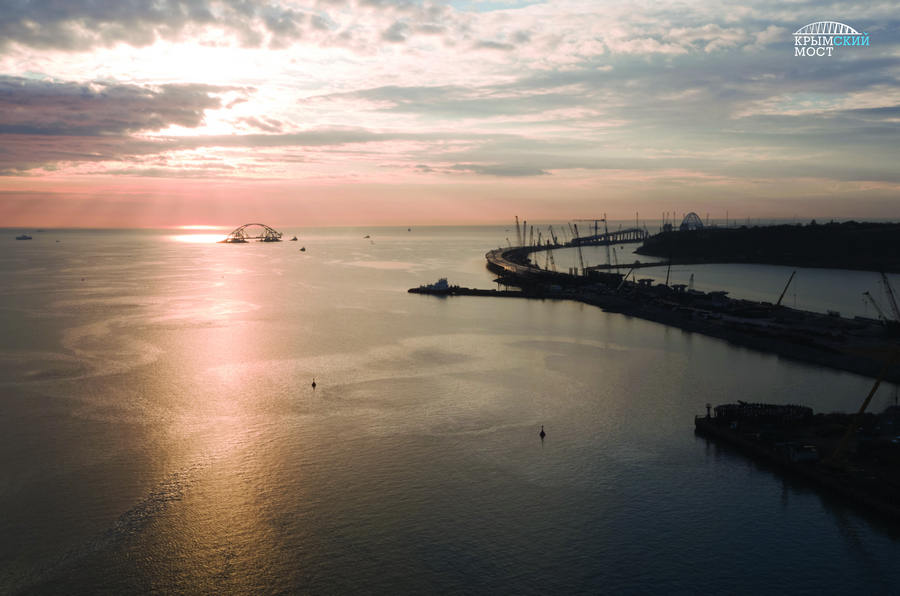 The talks about the construction of the bridge across the Kerch Strait have been held since the early 2000s. But then this grand project seemed to be unreal and was regarded as the fantastic class. Everything changed totally after Crimea came back to its native harbor.

The builders drove the first pile of the Crimean bridge in August 2015. This was preceded by a year of intense preliminary work: the project documentation development, archaeological excavations and environmental monitoring.

The project scale is impressive. More than 7 000 piles support the automobile and railway parts of the bridge, having the length of almost 19 kilometers.

Transport passage across the Kerch Strait is so huge that can be seen even from outer space. Cosmonauts Oleg Novitsky and Sergei Ryazansky were mesmerized by the object and were repeatedly publishing pictures taken from the ISS.

The significance of the object for the state and those expectations that the Crimeans themselves impose on the bridge are indisputable.

Therefore the Russian Federation government paid special attention to antiterrorist protection of the bridge. The Black Sea Fleet has already received six advanced counter-terror boats. The military swimmers are on guard of the bridge as well. It will be impossible to attack the Crimean bridge with a ram. For this case, the engineers provided special hydraulic structures – the pawls.

The opening of the bridge is round the corner. During 2017 the whole world was following the unique operation of transporting and installing of giant shipping arches in the Kerch Strait. It took a year to build them. The railway bridge arch with a weight over 6 thousand tons was raised to a 35 meters height and installed on the fairway pillars by bridge builders in August. While in October its twin sister appeared next to it.

As early as in December 2018, the first cars will rush along the broad, four-lane highway section of the bridge. A year later the first trains will rail across the Kerch Strait.

The international airport “Simferopol” is the face of the Crimea, the first thing any tourist sees, descending the plane. Until recently, this face was a bit “crumpled” and not much to look at. But in three years the main Crimean air haven has literally changed out of all recognition –getting prettier and increasing the passenger turnover.

The construction of a new air terminal complex started in May 2016. Futuristic project of the South Korean architect was called the “Crimean Wave” and surprised the public with bold architectural concepts.

“The general concept for the new terminal construction called the Crimean Wave, will be embodied not only in the curved facades of the airport terminal, but also in landscape design. The “Waves” will be created by steppe shrubs, as well as flowers that brightly bloom during the spring and change their color by autumn”, – the airport press-office reported.

The area of the new complex equaled of 78 thousand square meters, and the working cost was estimated to be 32 billion rubles. It is worth noting that all this is the investors’ funds.

According to the plans, the new terminal will be able to process 6.5 million people a year and the capacity will be up to 3650 passengers per hour. The 55 check-in desks, 8 mobile boarding bridges and 8 exits to the apron buses will operate in the terminal. The 16 escalators and 28 elevators are prescribed to operate here.

The construction of this complex is planned to be completed by April 2018.

For years and years the Muslims of the Crimea have been dreaming of a grand cathedral mosque, which will become a jewel of the peninsula. The construction of an iconic object in Simferopol was going to be started back in 2011, but they managed to translate words into deeds only in 2015 when the Crimea became part of Russia.

Over 3.500 000 000 rubles were raised for the construction of the Jami – the Cathedral Mosque. The representatives of various denominations from various parts of Russia donated the money.

The shrine will be located in a picturesque place near the Simferopol water storage reservoir. The total building area is 2.7 hectares. The author of the project is the Crimean architect Idris Yunusov. That is why the mosque is created not in a strict Ottoman style, but with a great integration of the Crimean Tatar style in architecture.

The central decoration of the main building will be a huge 28-meter dome weighing 200 tons; four 50-meter minarets will be installed along the perimeter. The complex will also include an administrative building, a hotel, a parking lot and a courtyard with colonnades and shadirvan (a place for ablution before namaz praying).

The cathedral mosque can accommodate up to 10 thousand believers, and the prayer hall – about 1500 men and 900 women. In addition, it is planned to open an Islamic university for the skilled imams training. The Museum of Islamic Culture of the Crimea will be located under the main building of the mosque.

Now an international team of over 100 people is working on the construction site. The main mosque of Crimea is going to be opened on April 21, 2019, on the fifth anniversary of the signing by Russian President Vladimir Putin the decree on the rehabilitation of the repressed Crimean people.

Poorly developed transport infrastructure is one of the Crimean main problems during Ukrainian period. With the beginning of the Crimean bridge construction it became clear that the existing Kerch-Simferopol route is not able to cope with the transport flow that would flood the peninsula as early as December 2018.

That’s why the entire load will cover the new four-lane road which will connect Kerch, Simferopol and Sevastopol. The “Taurida” route will pass by six Crimean cities and 43 villages, and its length will make more than 280 kilometers.

“Taurida” will meet all advanced standards. According to the project, the road center will have a concrete divider and the lighting poles will be installed there as well. The whole route will be fenced with a metal fence. It is promised that due to the use of modern technologies, the road will not need any repairs or reconstruction for the next 40 years.

This is hard to believe, but “Taurida” has made an invaluable contribution to world science and has become a catalyst for large-scale archaeological excavations on the peninsula. Rigorous archaeological research preceded the construction works. Scientists managed to discover more than 80 000 different artifacts

The real sensation was the discovered burial of the “alien”. That’s how the public baptized the found remains of a boy with a deformed skull.

The construction of the Crimean main road started in May 2017. The work cost is over 140 billion rubles.

The route is planned to be opened by the launch of the Crimean bridge – at the end of 2018. By that time it will be only two-lane route, but by the end of 2020, the “Taurida” will be broadened to four lanes. It is assumed that the road-users will be able to drive along it at a speed of 120 kilometers per hour.

TPP in Simferopol and Sevastopol 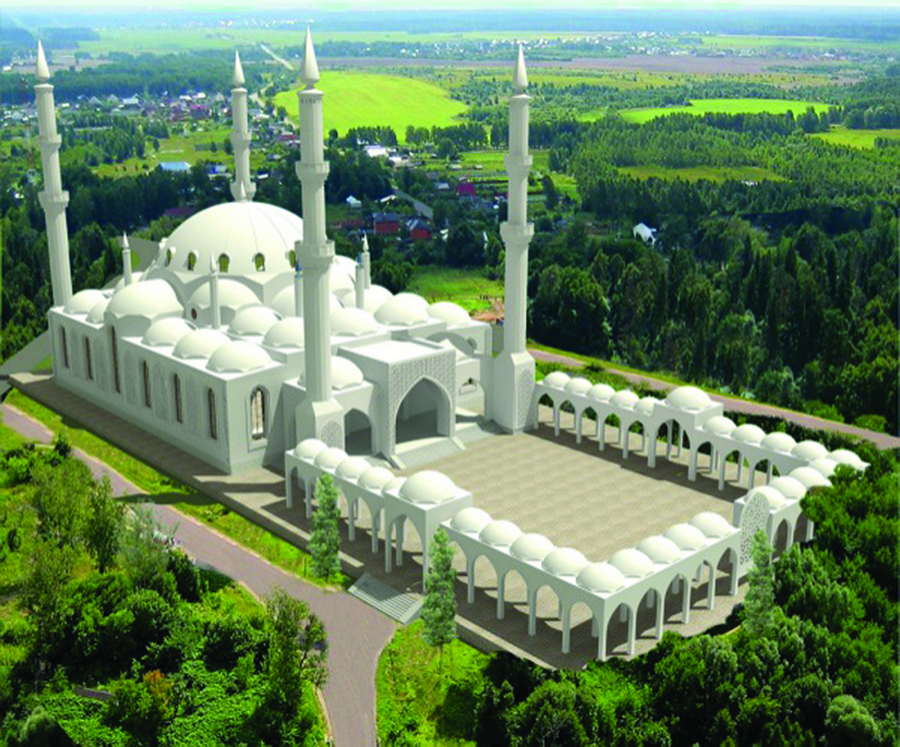 The Crimea plunged into darkness in November 2015. The terrorists controlled by Kiev detonated a high-voltage line on the Kherson region territory, through which the electricity was supplied to the peninsula. But the Crimeans survived. The energy bridge, launched from the Krasnodar Territory, was a great help.

But the problem was solved successfully and the necessary equipment was delivered to the peninsula. The peninsula still hasn’t got enough own electricity generation. Two thermal power plants that are being built in Simferopol and Sevastopol will help in settling the issue. Each of them will generate 470 MW of electricity, which will make it possible to create a so-called energy “airbag”. The cost of both facilities is about 49 billion rubles.

In 2016 the construction of TPP was on the edge – the German corporation Siemens due to the fear of sanctions, refused to supply the purchased gas turbines. But the problem turned out well and the necessary equipment was delivered to the peninsula.

The facilities completion deadline was shifted. Now the first TPP phase should be commissioned in May 2018, and the second one – a month later. The thermal power plants will operate at full performance in June 2018.

About 1700 people and about 120 pieces of equipment are working on the construction sites in order to make it on time and not to let the Crimeans down.